Groundwater extraction by bottled water companies is being fought by north-east Victorian residents, with community members concerned of the effect of extraction on aquifers, agriculture, the environment and local infrastructure.

As a result, an alliance has been established by the Indigo, Alpine, and Towong Councils to develop a planning scheme, aiming for change and more control over the impacts of groundwater extraction in the region.

Proposed amendments include the reduction and better management of the negative effects associated with water extraction and bottling, including dust, noise, traffic and visual impacts.

Indigo Mayor Jenny O'Connor told ABC Online that, while the council’s understand groundwater extraction is a lawful activity, it is not a positive industry for the region.

"The water should be kept at its source for agriculture and community use, instead of being trucked miles away and used to fill water bottles for drinking," O’Connor said.

"I think we're seeing more applicants who potentially want to do some water mining on their properties, and it is a growing industry, it's a very lucrative industry, and we don't have sufficient planning powers in place to cope with that," Janas said.

Furthermore, Towong Mayor Aaron Scales said while water extraction has not kicked off in his area, the community wanted to do what they could to stop it from occurring.

"We haven't got any water mining in Towong at the moment but there's obviously great potential for that to happen in the future, and that's why we’re going down [this] track," he said.

As the bottled water industry stands as a lucrative alternative application of water licences in the region, O’Connor said more needs to be done to help farmers to avoid them turning to water extraction for financial support.

"The issue is, we don't know into the future how many people will want to convert part of their licence to commercial and sell those to the bottled water industry,” she said.

"The reason people do that is because farmers are struggling. We've got to support our agricultural industry and our local farmers much better than we have been."

Water Source
Reuse of wastewater produced from fracking could be a resource recovery boon with a new technology developed to extract lithium,… Read Full Paper 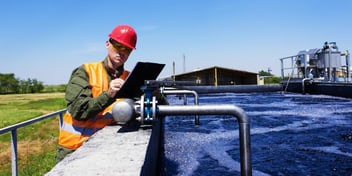