Bangkok was known as the ‘Venice of the East’ during much of the 19th century thanks to the hundreds of canals that once snaked through the city. Today, many of these have been paved over by road networks, contributing to the city’s flooding problem.

Originally built on swampland about 1.5m above sea level, the city of 10 million has become notorious for the floods that cause chaos during the monsoon season.

To make matters worse, the Thai capital is sinking. A World Bank report from 2011 found nearly 40% of the city could be underwater by 2030 as climate change, rising sea levels, coastal erosion, shifting clay soil and the weight of development combine to submerge it at a rate of about 3 cm per year.

While the Bangkok Metropolitan Administration attempts to plug the problem with a water management plan that includes dredging canals and installing water pumps, one Thai designer has come up with an innovative green solution.

Landscape architect and founder of Bangkok-based design firm Landprocess Kotchakorn Voraakhom has designed a space at Chulalongkorn University that not only provides a much-needed outdoor area for the community, but incorporates water management features including a green roof, wetlands, a detention lawn and a retention pond.

Voraakhom said she was inspired by the kaem ling or ‘monkey cheek’ flood control project developed by Thailand’s King Bhumibol. Just as monkeys store food in their cheeks to eat later, the monarch believed Bangkok should be able to store excess flood water during monsoons and release it into the sea at low tide.

This led to the water-retention features Voraakhom built into the 11.5 acre park. The space slopes gently upward, creating a small hill. At the highest end, a museum is topped with a sloping green roof planted with native grasses and weeds, which can withstand Thailand’s hot and wet seasons and need minimal irrigation.

When it rains, water filters down into three large storage tanks under the museum. Rain also runs off the roof and through the park’s wetlands, travelling through a series of weirs and ponds featuring native aquatic plants that filter and clean the water, before ending up in the retention pond.

This pond can hold the water from a light rainfall, but it’s during severe weather events that Voraakhom’s innovation is truly apparent. In the case of heavy rain, the retention pond nearly doubles in size by expanding onto the park’s porous lawn, and can hold up to a million gallons of rainwater.

“With the retention pond and lawns, we can hold the flood water as long as we want if the entire city is flooded. Then, eventually we can drain the park into the public sewage system when all the other flooding in the city has been drained,” Voraakhom said.

While a single park won’t solve Bangkok’s flooding problem, Voraakhom said she is committed to finding solutions to protect her hometown. She’s working on a similar project for Thammasat University, to be completed in 2019, and said initiatives like these help to get the community thinking about innovative approaches to flooding.

“How can we find more porous solutions? These could include canal restoration, creating more green roofs on buildings and urban farms, and reviving rice fields,” she said.

How these water utilities found success through community engagement

Joshua Hoey
From potable reuse to increased water restrictions and planning for the future, as these three water utilities show, it pays to pay… Read Full Paper

How this water utility joined the fight against family violence

Water Source
With COVID-19 restrictions forcing people to remain at home, many countries have reported a corresponding increase in the number of… Read Full Paper 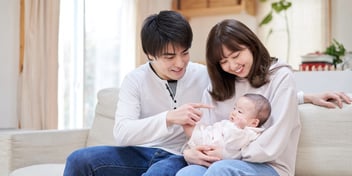 How the water sector is improving parental leave