Aussie cities among world’s most sustainable

Sydney and Melbourne are among the world's most sustainable cities, according to the inaugural Arcadis Sustainable Cities Water Index.

The Australian metropolises came in eighth and 11th respectively under the index, which considered the resiliency, efficiency and quality of waterscapes in 50 cities around the world.

Arcadis City Executive Sydney Stephen Taylor said the success of Sydney and Melbourne could be put down to both good luck and good management.

“What I think this reflects, in part, is the investment that has been made in water in Australian cities,” Taylor said of the findings from Centre for Economics and Business Research research.

“If you look at Mumbai and Manilla down at number 49 and 50, there are elements there that drive that performance – socio-economic factors, climate and the history of the country.”

Sydney received the fourth highest ranking when it came to water efficiency, 13th for resiliency and 25th on quality.

These three factors are divided into sub-indices which can be explored through an interactive tool.

Melbourne came in fifth on water efficiency, 18th for resiliency and 17th when it came to quality.

“While we've got some great strengths, it's important that we maintain them. We're not to rest on our laurels,” he said.

“Sydney scores exceedingly well on green spaces but as we develop our cities and they become more populous and denser, there is more pressure on green space.

“The other risk is water balance: water in, water out. Sydney certainly suffered from periods of drought and that's a climatic risk that's certainly out there.”

He suggested wastewater re-use was an area where Sydney lagged and could certainly improve.

“Sydney collects 1.2 billion litres of water from homes and businesses every day, so there's a great opportunity there. It's down to us whether or not we chose to take it,” he said.

Global highlights from the report included:

Take a look at the entire report here.

Students look to the future for water-sensitive urban design

Water Source
Students from across the world came together to participate in the 2020 Our Future Cities (OFC) competition, focusing on… Read Full Paper 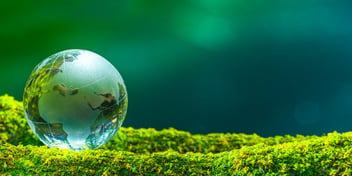 How Australia's SDG approach can truly ensure "water for all"