Could wetlands and urban ponds be used for more than nutrient removal? 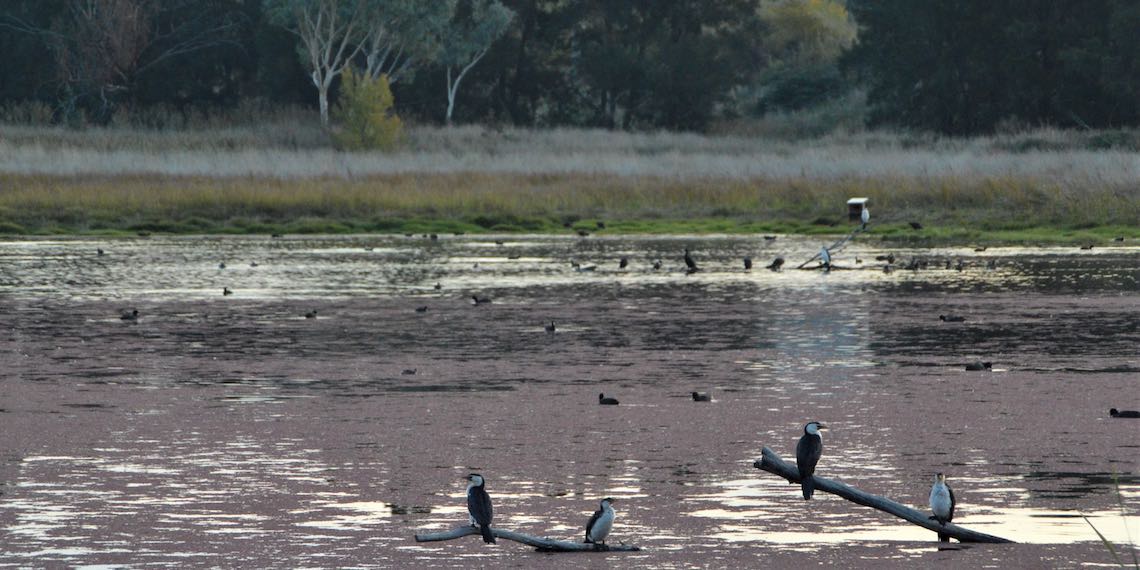 Canberra’s constructed ponds and wetlands are hard at work removing nutrients from stormwater flows, but the findings of a recent research project suggest modifying the operation of these urban ponds may improve water attenuation strategies during wet events.

Researchers from the University of Canberra’s Centre for Applied Water Science, in the Institute of Applied Ecology, conducted research in 2018 and 2019 to find out how changing the water level in urban ponds designed to trap nutrients affects water quality.

While the study was conducted during a dry period for the ACT, the findings suggest the urban ponds don’t suffer under changing water levels and could be considered for hydrologic attenuation strategies moving forward.

“Constructed wetlands are put into our urban areas as part of water sensitive urban design systems and they're specifically designed to trap nutrients and pollutants,” she said.

“But, anecdotally, there's been suggestions in the past that these constructed wetlands and urban ponds don’t work.

“Overall, there's actually not a huge amount of research that tackles the questions we have around urban pond performance.”

Constructed ponds in urban areas generally remain full because of high volumes of run-off, but the study sought to gain a deeper understanding of how water level changes impact urban ponds over time, Dyer said.

“The reason we did this study was to get more insight into how these constructed wetlands were performing, and to see what the effects of changing the water levels would have on their performance, too,” she said.

The researchers studied six of Canberra’s urban ponds, including Jarramlee Pond and Fassifern Pond in Dunlop, Holdens Pond and School Pond in Coombs, and the Lyneham and Dickson Wetlands.

Fassifern Pond and School Pond remained full and acted as controls, while the water level in Jarramlee Pond and Holden Pond were dropped by up to 1.5 metres, leaving three to four metres of exposed bank.

Jarramlee Pond and Holden Pond were then left to refill naturally before being drained again, and the process was repeated during 2018 and 2019. Lyneham and Dickson Wetlands were studied as the water level already changes in those ponds due to stormwater harvesting for nearby playing fields.

“We had about 18 months of detailed sampling. We sampled them weekly – the water flowing into them, the pond itself, and then we sampled water flowing out, as well,” she said.

“In our sampling, we were looking at nutrient concentrations, nitrogen and phosphorus as well as the organic carbon and suspended sediment.”

Dyer said the first key finding was that the ponds were doing a good job of trapping nutrients under low flow conditions, confirming that they were fit for purpose, despite speculation that they might not be.

“We typically saw a reduction in nutrient concentrations between the inflows and the outflows. So all the ponds were removing nutrients, regardless of the water regime,” she said.

“There was some variation in the amount of those nutrients that were removed, but overall we concluded that the ponds were effective at reducing the movement of nutrients through that storm water system.”

While the study confirmed Canberra’s urban ponds were working well, Dyer said another significant finding was that the ponds were effective at removing nutrients irrespective of age.

"I'd seen some research done in Melbourne suggesting that constructed wetlands’ ability to remove nutrients declines over time. And so I was expecting the oldest of Canberra’s urban ponds wouldn't be performing particularly well.

“But, irrespective of the age of the pond or the size of the catchment area, they were generally pretty effective at removing nutrients. We found no evidence that there was a reduction in the efficiency of those ponds with increased age. This finding was quite a surprise, it certainly made everybody sit up and pay attention.”

In terms of the effects of fluctuating water levels, Dyer said the varied water regimes didn't have an adverse effect: “Well, we found no benefit, but it didn't make things worse, either”.

“We compared ponds that were manually fluctuated against our control ponds and we didn't get a clear indication that the water level changes were increasing or decreasing efficiency of the ponds,” she said.

Given that the ponds still work well to trap nutrients, regardless of water level changes, Dyer said this indicates that the urban ponds may be able to be considered for other stormwater management uses, including holding strategies during weather events.

“One really clear finding was that drawing down the ponds could be used as an opportunity to capture more of the water coming into it during rain events rather than just passing it straight through,” she said.

“This insight is important for those water managers considering strategies for hydrologic attenuation. We can utilise these ponds to manage flows without introducing any adverse effects. It’s an opportunity to think about how changing the attenuation can help in other ways.

“That increased residence time is likely to be beneficial, but so is the attenuation of flows. Big flows that find their way into the ponds via concrete stormwater channels can cause a lot of damage, they can also transport a lot of pollutants with them. If they are full, the ponds can’t process the volumes of water coming into them.

“But if we can get a little bit of the extra attenuation in these ponds, it can make quite a difference.”