In a major step to formally acknowledge Traditional Country, the Victorian Aboriginal Heritage Council (VAHC) is set to reallocate boundaries between Traditional Owners of a largely disputed area of inner Melbourne.

Official speeches made in the negotiation area to date have acknowledged the overarching Kulin Nation rather than a specific group. However, consent to vary the boundary has now been given by the Bunurong and Wurundjeri peoples.

As Traditional Owners have a strong relationship to Country, influenced by its landscape and its catchments, the reallocated boundary has been drawn using rivers and other landmarks.

The direction of water flow indicates the shape of Country and reflects the cultural understanding of the Bunurong as ‘salt-water people’ and the Wurundjeri Woi Wurrung as the ‘people of the Birrarung’ (Yarra River).

In a statement made by the VAHC, the reallocated boundary will enable Traditional Owners to work together to care for Country.

“A line between our traditional areas, along a road or a current riverway, is an acknowledgement of our colonised environment. As the First Peoples’ of this place now known as Victoria, we must stand strong and protect Country through these imposed structures,” VAHC states.

“Working together, meeting and understanding the old ways, we can strengthen the places where we meet. In this way, our borders between mobs can be our strongest places, where we talk to each other, pass across songlines and hold ceremonies.

“It is Council’s responsibility and privilege to register Traditional Owner groups to care for their Country.

“Each decision Council makes, to register, to decline or to vary Traditional Owners’ recognised Country, is an enormous responsibility. We hope that future generations can benefit from the legacies we leave through our decision making.”

The BLCAC said the reallocation is a significant step for the Bunurong people.

“[It’s] a highly significant moment.. not just [for] the BLCAC, but for Bunurong People. We look forward to the determination taking effect and the work that lies ahead,” the BLCAC stated.

“Culture can sometimes be determined by the nature of the physical environment and the extent of Country is necessarily influenced by the landscape. What we read today is the dynamic of People living within the landscape.

Ruth Cooper
In its landmark 1992 Mabo decision, the High Court ruled that the concept of terra nullius – land belonging to no one – should… Read Full Paper 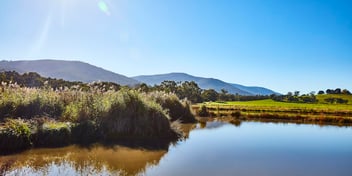 How this utility is taking a more robust approach to biodiversity

Cecilia Harris
As water utilities continue on the path to meeting sustainability initiatives in all areas of their businesses, one Victorian… Read Full Paper
Advertising