Project will enable Ngarrindjeri people to share knowledge of the Coorong

The future management of the Coorong will soon be bolstered by a database of cultural knowledge developed by the Ngarrindjeri Aboriginal Corporation under the Project Coorong’s Healthy Coorong, Healthy Basin (HCHB) initiative.

Partnering with the SA Department for Environment and Water (SA DEW), the project will be Ngarrindjeri led and owned, enabling inter-generational learning for Ngarrindjeri people to share knowledge of the Coorong and the local ecology.

“Having a Ngarrindjeri led and managed research project allows Ngarrindjeri to actively take a leadership role to speak on behalf of Yarluwar Ruwe (Lands and Waters) and the ongoing management of the Coorong,” Hartman said.

“It will strengthen the broader community’s understanding on the significance of Ngarrindjeri cultural values and how a healthy system is a requirement of the wellbeing of the Ngarrindjeri people.”

“This research aims to provide critical knowledge that will improve ecological outcomes through the respectful application of Ngarrindjeri knowledge to site decision-making,” MacGregor said.

“A deeper and documented understanding of the knowledge and cultural values of Ngarrindjeri for specific case-studies will allow new management interventions focussed on restoring the ecological character of the Coorong to consider these values.”

MacGregor said the initiative will also support critical partnerships with Ngarrindjeri to protect and promote Ngarrindjeri culture, heritage and unique relationships with and responsibilities for their Country.

“The Ngarrindjeri people seek increased opportunity to participate and engage in the systematic collection of new knowledge in the system that has been their home and source of food, shelter and spiritual meaning for thousands of years,” he said. “Their priority is to establish a culturally appropriate knowledge database that can be used to inform the management of the Kurangk.”

Research to be documented within the knowledge database will include contemporary and older knowledge, documentary forms, early maps and archival material. The research topics will include the significance and use of freshwater soaks and wells along the Kurangk, collaborating with other work within the National Parks context, as well as Ngarrindjeri knowledge of the No:ri breeding islands in the Kurangk.

There will also be research into the Salt Creek/South Lagoon’s past importance to Ngarrindjeri ngartji’s breeding cycles – in particular species such as Jumping Mullet – as well as further refining the capacity of the Ngarrindjeri Yarluwar Ruwe methodology in its application to ecological restoration.

“In addition, they have an inbuilt wiper to automatically clean any fouling that settles on the sensors. This ‘self-cleaning’ capability significantly increases the sensors’ ability to collect valid data, helping to reduce site maintenance visits.

“Previously, only salinity and water level were monitored at these locations, but the new stations enable a greater number of parameters to be monitored.

“This provides a more detailed understanding of the chemical and biological drivers of water quality within the Coorong. This data can be used to develop more accurate ecological models for the region.” 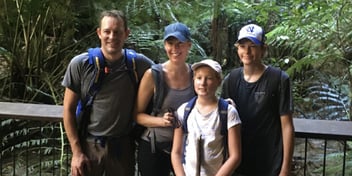 What are the Labor priorities for the water sector?

Water Source
With South Australia’s state election drawing near, Minister for Water Ian Hunter said one of his priorities moving into 2018 will… Read Full Paper

Is there a place for third pipe recycled water in Australia?