Appreciating the 'somewheres' and 'someones' of regional Australia

Arron Hieatt looks back on his time as the Lead for Water and Sewerage with the Local Government Association of Queensland, including the regional communities he worked with, the dedicated people he visited across the state, and the invaluable role rural professionals play in the water industry.

Australia’s new Governor-General, General David Hurley recently attended a dinner in Julia Creek held in appreciation for those who assisted communities affected by floods across northern Queensland earlier this year.

Having visited many of those ‘somewheres’ across this vast state during my time with the Local Government Association of Queensland, I’d like to echo our new Governor-General’s statement. There are many wonderful communities, more than 300 of them in Queensland, where dedicated people provide services each day.

Participants in the 2019 qldwater Regional Tour in Eromanga.

Rural communities often punch above their weight in their contribution to Australia. Anyone who views them as a charity case simply doesn’t appreciate that.

A regional mayor shared with me a letter he wrote to a state government agency noting all that his council contributes. In the letter he commented that while industries like agriculture have grown more efficient, this has come at the cost of reduced number of employees and residents.

Although they contribute a larger portion of the GDP than they did with more people, the declining number of residents constrains the ability to fund the basic services needed. The mayor suggested that rather than look at total revenue and cost, consideration would be better given to economic contribution by a community.

However, the majority of these communities often fly under the radar for important water policy consultation, consultants or technical support. For example, the national performance reporting scheme captures all utilities with greater than 10,000 connections. This excludes 50 of the 77 councils in Queensland.

Because they are remote they are seldom included in consultations, although they are invited to participate in broadcast emails or website postings. Sending an email, though, is an entirely different prospect than picking up a phone or visiting.

More concerning is that even if an operator reaches out for help there are few companies interested in making the effort to support them because the cost often outweighs the capacity to pay for the service.

There is often strong criticism by some water industry professionals who make whistlestop visits to some of these communities only to express shock and horror at the state of the infrastructure or operational procedures.

Short visits do not convey what it’s like to work in a place where fresh milk isn’t available and fresh produce is delivered every other week. Getting someone to come and look at a pump failure or other misfortune with a water or sewerage asset often takes more than a week, and ordering a replacement part can take months. Not good for a critical service that is meant to support a community 24/7. So, in that context, people do the best they can with what they have to keep things ticking along.

​Councillor David Schefe and Arron Hieatt at a Works 4 QLD project in Roma.

In my travels through regional Queensland, what has impressed me most are the places where you can instantly tell that people love where they live and love what they do. The single best indicator of how well water and sewerage services are provided to a community is by meeting the people running them. Beyond money, equipment and other technology, having the right people in the job is the most important factor in determining how well these services function.

During my first visit to the outback in 2012, I met a woman in Windorah who told us, “The first thing I do every day after I wake up is have a glass of water. If it doesn’t taste right then my first stop is the water treatment plant.” She also managed many other council services, but had a direct and important connection to the town’s water supply. When I saw the source water she was treating, it looked more like a pool of Milo than a creek, yet what came out of the taps in town was clear and palatable.

Hieatt on the Winton water tower in 2012.

At another council, the IT manager was asked to fill in as the water treatment operator because of his technical background. He diligently read up on water treatment and managed to fix the discoloured water supply after detecting that the filters hadn’t been serviced and a valve was missing. He eventually went on to get a formal water treatment certification and now works in the industry.

While many may hear this story and react with shock that the town’s IT manager was also operating the water treatment plant, consider that there were no other alternatives and the outcomes were unquestionably positive. I hear this story and think of the many people who have stepped up and done good for their community despite many circumstances working against them.

There have been many reports, meetings and solutions proposed for how to ‘fix’ the water and sewerage issues in remote communities. Very few of the people who offer their perspective have actually been to a remote community, so they fail to truly appreciate how limited an environment it can be.

I’ve sometimes joked that engineers and consultants should have to operate the equipment they’ve designed for at least a year after they create it so they can experience firsthand what it’s like to live with what they’ve done.

Anyone thinking about installing next generation membrane filtration in a remote location should strongly consider whether that is an appropriate solution for a town that will take weeks or months to get replacement parts. There are many other examples where towns must live with systems that are far from fit-for-purpose or fit-for-place.

Is reform needed? Without a doubt. The investment that Australians made in creating these communities back when they were established has trailed off as the industries they helped create and support have matured or moved on. However, reform should not just be focused on financial sustainability, because funding has also created many issues when it was done for political notoriety rather than with an understanding of the problem.

While there are many instances where local government utilities have made poor decisions about capital investments, those decisions would likely not have happened without a state or federal government that has given them a grant to do the work.

I visited a town where treatment operators installed an aerator in an Imhoff tank because a consultant told them that microbubbles would more effectively treat the sewage. That project received a state grant, so there is blame to share here. Greater technical support and strategic guidance is needed, and there’s a role for some strong leadership that understands the needs and constraints of regional areas.

While I haven’t been everywhere, man (that’s a Johnny Cash reference), I have been to many somewheres in my time here in Queensland. If you have not been to a remote community, my challenge to you is to visit one. And when you have that inevitable initial reaction to the infrastructure, take a moment to pause and consider the people tasked with running it.

Then have a thought for whether you would choose to live and work in that place. I’m not saying that everyone in remote towns is doing the right thing, but as with most things just showing up is the biggest part of success.

The Ozwater'20 call for papers, panels and workshops is now open and there is a dedicated theme about rural, remote and regional areas. If you have a case study about supporting our remote and regional communities, we encourage you to submit an abstract.

What the 2019-20 bushfires revealed about water and sanitation in Australia, from someone who was there 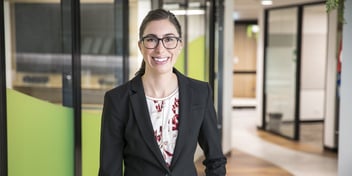 Something in the Water: Altogether Group's Audrey Killeen

Mia Kwok
Behind every glass of water, every backyard sprinkler and every flush of the toilet is a complex water management system that… Read Full Paper
Advertising