Victorian residents are set to enjoy some of the lowest water prices in Australia over the next four years as a result of increased investment in infrastructure across the state.

“These are good numbers that will relieve real cost of living pressures for Victorians.”

Victorians are expected to pay $82 less than Sydney siders, $133 less than Canberrans, $162 less than Adelaide residents and $743 less than Darwin residents on average each year.

Neville said the savings are a result of key investments in Victorian infrastructure, including $215 million invested in water and irrigation infrastructure in the past four years.

The Victorian government has also made investments into the state’s desalination plant, the Connections Project and the Lance Creek pipeline project in Gippsland.

In Melbourne’s metro area, the average household bill will fall by $30 to $40 a year, reducing the cost of living for Victorians.

Pricing decisions for the 13 other water service providers in Victoria are expected to be finalised in June.

Water Source
The winners of the Australian Water Association's Victorian Water Awards have been announced at the Awards Lunch on Thursday, 4… Read Full Paper 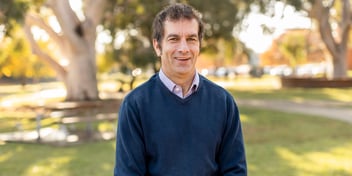 Cecilia Harris
As irrigated regions around Australia under a changing climate are pursuing more with less, the newly formed One Basin CRC has its… Read Full Paper
Advertising