Tending to repair works or asset maintenance in the water sector can be risky business, with dangers heightened when staff are working alone, but one innovative South Australian utility has introduced a new staff app aimed at supporting staff working solo.

Speaking on the AWA podcast series about keeping staff safe while they’re working alone, Allwater Business Assistance Coordinator James Ryan said that with Allwater servicing 1.3 million customers in Adelaide’s city centre, often staff are required to attend a job on their own.

“Due to the nature of the operations within the water industry, people within our workforce sometimes find themselves working alone at any time of the day or night. Whether that be at the treatment plants, at a wastewater pump station or repairing the networks in public,” he said.

“Someone could potentially injure themselves, or find themselves immobilised without anyone around to help them. When we're talking about people working on the networks, there's also the hazard of having encounters with members of the public that may leave them feeling threatened or vulnerable.

“Working alone exposes people to hazards that perhaps they wouldn't face if they were working with someone else or in a group. Allwater identified the need to provide extra protection to those working alone, because safety is at the heart of everything we do here.”

Allwater formed a project team to address the issue, led by the quality assurance team, but also with input from across the business, to assess concerns those working alone within our workforce face, Ryan said.

“Out of that work, two key focus areas were identified. The first being that we wanted to ensure that our employees feel safe and secure when they are working alone,” he said.

“The second aspect was that we wanted to ensure that our workers could engage the appropriate level of assistance whenever they needed.

“From there, we trialled a number of different line worker options across the business, through various trial groups. In the end it was an app that provided the solution that we were after.”

The app — ISSiGuard — was supplied by security company Infratec Security Systems and includes a number of features to help staff access help if needed.

“It has number of features, all designed to give people who are working alone peace of mind. The primary function of that app is to give workers the ability to raise an alert by shaking their phone, or via an optional wearable panic button,” Ryan said.

“Once an alert is raised, it packages up the worker’s location in 10 seconds of footage. And it sends that off to the app's monitoring centre. The monitoring centre review the footage within that alert and if there's evidence that emergency services need to be engaged, they'll make that call. If there is no such evidence, they'll call the person who generated the alert. If there's no answer on their end, it'll start to move through an escalation process.

“Somewhere along the line of that chain, someone will pick up the phone and be provided with all the information they need to get help to the person who generated the alert.”

Ryan said the app also has inbuilt "man down" detection, an audible alarm to ward off would-be assailants, and also timed alerts, which are useful in instances when workers don't have the phone on their person or when they are out of reception.

Ryan said that, although no Allwater staff have had to use it within a real emergency situation, the introduction of the app has helped to improve safety culture within the business.

“The app has been really well-received. It's had extensive uptake across the business. It hasn't been used in a legitimate emergency situation yet, which is great. We hope that continues to remain the case, but in either event, the qualitative impacts are clear,” Ryan said.

“The feedback is that the staff do feel safe, they have confidence that if they need it, they could engage the right level of assistance quickly and easily. It's definitely the app has provided considerable value to Allwater.

“It’s a great improvement in safety culture. If we have someone working on our networks and they're in a situation where they don't feel entirely comfortable, it's only natural that a certain amount of their time and focus will be dedicated to questioning their safety.

“The introduction of this app takes some of that away. The staff member’s time and focus can be redirected towards the task at hand more wholly.”

To hear more about water industry safety and wellbeing, keep an eye out for more episodes from the AWA’s podcast series.

Cecilia Harris
Despite Australia’s largest capital being in lockdown due to COVID-19, it’s been business as usual for Sydney Water frontline staff. Read Full Paper 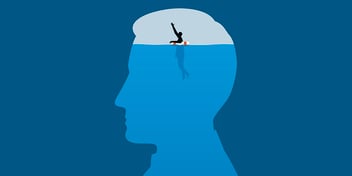