Australian doctor and expert cave diver Dr Richard Harris kicked off Ozwater’20 Online this week, with delegates tuning in to hear the 2019 Australian of the Year discuss his insights and experience in managing crises.

In 2018, 12 school boys and their soccer coach became trapped more than 3 km into a mountain cave system in northern Thailand. While the cave was known well by locals, the early onset of the monsoon season flooded the entrance, trapping the group within minutes.

Harris, who gave the first of seven Ozwater’20 keynote presentations scheduled this month, became a major part of the international rescue mission after being called in to assess the medical implications involved in various solutions being devised to save the group.

"[A team member involved in the rescue attempt] asked me this crazy question, ‘Could you sedate someone and bring them out through the cave?’,” Harris said.

“And my answer… was emphatic and immediate: ‘Absolutely not. Sedation is just not an option.’ The thought of rendering someone unconscious with an anaesthetic, submerging them in water, carrying them underwater through a cave with very tight restrictions and zero visibility was truly preposterous. It had zero chance of success, in my view.

“I thought, as a doctor, I could go to the far end of the cave and help treat the boys and get them ready for a rescue, while a better plan was constructed. On that basis, my friend Craig and myself went to Thailand.”

However, on arrival Dr Harris realised the difficulty of the situation. A former Royal Thai Navy SEAL had lost his life trying to swim through the cave to the children, and time was running out – the children and their coach had been without food and clean water for days.

“Craig and I were sent as members of the Australian Government as a part of AUSMAT, the Australian Medical Assistance Team. By the time we arrived on the scene, things were in a bit of a hiatus and no one was really too clear what to do,” he said.

“They were very keen immediately to push forward with this sedation plan. But I was so convinced that that would end in disaster I insisted on a 24-hour period while I did two things.

“The first was to dive the cave myself because I had to be absolutely sure that I was capable and comfortable and fit enough to dive through to the boys. I had to make sure that I was safe. The second was to work out what else was in place. What other plans were in place that might succeed in getting these boys out?”

Harris said local water engineers had been working tirelessly to remove water from the cave, and while their

efforts did help reduce the amount of water, the reduction was not enough to introduce viable alternatives to diving the boys out.

“With the water levels down, it was quite manageable and it was about a three-hour trip through to the boys. It was an extraordinary feeling finally meeting those boys and their coach face to face,” he said.

“Up until then it had all been fairly theoretical, a bit of an adventure. But when I did finally see those kids and see their incredibly impressive demeanour, it sunk in. They were exceptionally resilient and brave kids.”

The plan to equip the children with special face masks, oxygen tanks and buoyancy gear, then sedate and guide them through the underwater cave was presented to Thai authorities and given the green light.

Harris was tasked with organising the anaesthetics, administering them in the cave and prepping the team of cave divers on how to top-up sedation halfway through the journey.

“When giving an anaesthetic in an operating theatre, it's well lit, it's temperature controlled. I have expert assistance. That's very different to working by myself at the far end of a cave. I had to design an anaesthetic technique that was not only robust, but very simple to give,” Harris said.

“I settled on a drug [that could] be administered as an intramuscular injection. I was able to jab the kids in the thigh to give them this injection, but that was only going to last about three quarters of an hour.

“These boys were going to have a three-hour journey out of the cave. That's what worried me the most because I couldn't escort each child out myself. I had to hand these children over to one of the British cave divers.

“But regardless, all credit to the divers who showed the courage to take on this Herculean task of being responsible, not just for an unconscious human underwater, but to actually administer a dangerous and potentially lethal drug to the boys themselves with no previous experience. That takes some serious courage.”

The success of the rescue mission still astounds Harris, who admitted he was very fearful for the boys’ lives. Harris said he was overjoyed to see the mission's success, given how many obstacles and risks were involved in the plan.

“You don't have to be good at everything, but you're very lucky in life if you can find one thing that you are good and passionate about, because you never know where it will lead,” he said.

“A lot of people have called those involved in this rescue heroes. That doesn't sit very well with me. I was doing two things that I enjoy at the end of the day, cave diving and anaesthesia.  Courage is doing something that frightens you and neither of those things were particularly concerning to me.

“The one thing I am proud of is the fact that I found the courage to make the decision to proceed with this plan. In all good leaders, it is the courage to actually make a decision and make it in a timely manner.

“Whenever you're facing a crisis in the world of water, a plan can sometimes be better than no plan at all.”

To learn more about Ozwater’20 online and to register, click here. 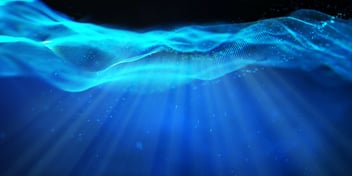