The Renmark irrigation Trust provides water delivery and salinity management over an area of approximately 5000ha for its 600 members who produce a diverse range of crops around Renmark.

In 2020 the Trust achieved Platinum level certification under the Alliance for Water Stewardship (AWS) international standard, a world first for an irrigation scheme.

Source SA recently caught up with Rosalie Auricht, General Manager at the Renmark Irrigation Trust, to discuss this exceptional achievement and to find out a bit more about the Trust.

In describing the history of the Trust Auricht pointed out that the Renmark irrigation district, established by the famous Chaffey brothers along with Mildura’s, were the first irrigation settlements in Australia.

The Trust took over from the Chaffey brothers in December 1893. This makes it Australia’s oldest operating irrigation trust.

The Trust also served as Renmark’s District Council until the 1960s and to this day hold large areas of floodplains for the benefit of the community, many of which were damaged by previous unsustainable irrigation practices.

Since the 1960s significant improvements in sustainable water practices have occurred and continue to be implemented including: the development of fully piped networks; more efficient irrigation techniques; improved salinity drainage; water returned to the environment; more effective water governance; and compliance management.

In the 2000s, the Millennium Drought hit the South Australian irrigation industry hard and at that time the Trust fully recognised the importance of a sustainable approach to irrigation management.

"At the peak of the Millennium Drought in 2008, a leadership directional change occurred and the Trust adopted a vision to be recognised as a leading water resource manager. The aim was to underpin the economic, social, and environmental sustainability of the Renmark community," Auricht said.

Interestingly, at the same time, the AWS was being formed, also catalysed by the Millennium Drought in Australia. The Alliance soon developed into a global body for managing water risks and engaging business, government, and community with the head office now located in Scotland.

To help realise its vision as a leading water resource manager, the Trust worked with AWS Asia Pacific to become certified under the globally recognised AWS Standard. Following a rigorous independent audit process, the Trust received Gold certification in 2018, and in 2020 was recognised further with Platinum level certification.

Auricht points out that "Platinum certification has increased the national and global recognition and respect for the Trust. The Trust’s opinion is now being sought on water policy issues which provides a voice for the community and members".

The Trust was also recently recognised for its high-standard of water stewardship and environmental management during the recent Inquiry into the Impact of Lower Inflows on State Shares under the Murray-Darling Basin Agreement.

In 2018, when  the Trust received the Gold level certification they celebrated with a who’s who of the water industry.

Auricht says the response from the local Renmark community was very positive. The Trust’s many stakeholders also celebrated the achievement as a broad team effort.

"It seems our local community, many of whom are Trust members, lift their heads just that bit higher since being recognised for the many decades of innovation in the area, often in very challenging circumstances." said Auricht.

"Ours is a small irrigation community, both in area and water volumes used, yet it continues to produce high value crops that underpin the social and economic sustainability of the Renmark community. If this community can do it, so can others in the Murray-Darling Basin and we offer our support to anyone willing to take on the challenge."

For more information on the Trust including innovative network, salinity management and environmental watering take a look at their website.

Water Source
With calls to open the Adelaide Desalination Plant up for irrigators mounting, South Australia’s water chief has called for an… Read Full Paper 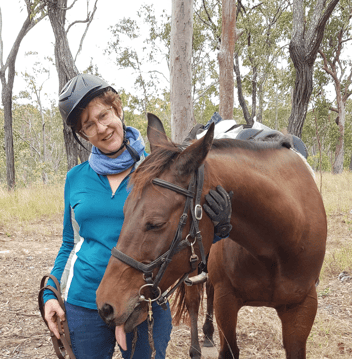