Is flexible work the key to a more diverse water sector?

When SA Water Manager of Water Assets Bronwyn Kent went back to work after her maternity leave 10 years ago, she was one of the few people in the South Australian water sector working in a management role part time.

She said there was a perception, which still exists today, that being a manager and working flexible hours were incompatible.

“No one had ever done my role part time before – it was a challenge I was up against,” Kent said.

“If you get to a certain level in your career prior to having children and you want to continue being challenged at that level, but only three or four days a week, it’s difficult to convince people it can be done.”

This is something Kent and WSP South Australian Water Team Manager, Sarah Hughes want to change.

After meeting through work, the engineers formed a friendship and started a conversation about the challenges they have encountered as women, mothers and managers in the water industry.

They want to shift the perception of a manager as someone who works full time and hope that by sharing their own experiences they can help create a more diverse and inclusive water sector.

“It can be really hard when you’re the person who doesn’t fit that mould … That’s why we need to change our mindset to better support our workforce, and rethink how we can create an environment that allows people to work flexibly.”

This is important as, according to the Australian Government’s Workplace Gender Equality Agency, “normalising flexible working arrangements for women and men is one of the key actions to closing the gender pay gap and increasing the representation of women in leadership positions”.

It’s not just about women working part time while raising children; everyone can benefit from flexible hours that allow them to work on outside projects, scale back their hours before retirement, undertake further study or help care for family members.

The pair said it comes down to job design to make flexible work, work. This means businesses creating roles that are truly part-time jobs (rather than full-time jobs done in reduced hours) and supporting employees to work arrangements that suit them.

Kent recently transitioned back to full-time work, but was part time for 10 of the 16 years she has been in the industry.

“I was happy to be called on the days I wasn’t in the office, my unpaid days, provided there was flexibility back from the business,” Kent said.

“It’s about being able to communicate openly what works for you … Honest conversations with your manager are crucial.”

For Hughes, working two days in the office and a third spread across the week means she can be available for school drop-off and pick-up, and still be there for her team.

“As someone managing a team, I’ve found I need to be accessible everyday, even when I’m not in the office,” she said.

“It’s about finding what works for each person in their role … This works best for me, but it doesn’t mean it will work for everyone.”

Although there might be a perception that it’s women, and mothers in particular, working reduced hours, Hughes and Kent have both seen an increase in the number of men seeking flexible work arrangements.

“When I was having children 10 years ago, it was unheard of that men would work flexibly or play a carer’s role,” Kent said.

“This is a fantastic change we’re seeing. Until we have our male counterparts seeking the same flexibility, equality for women can’t really happen because they need the support at home as much as they need it in the workplace.”

Hughes said it’s important for everyone – both men and women – to move the industry forward.

“Change shouldn’t just be driven by women in the workplace,” she said.

“We need everyone to play a role in challenging gender roles to create a truly diverse workforce.”

Ultimately, the pair said changing the industry’s perception of flexible work can only happen if people are willing to talk about it.

“It’s still difficult to have open, honest discussions about the challenges of working part time and having young children,” Kent said.

“Unless we talk openly about it, we won’t learn and we can’t improve … The more we share, the more we help each other.”

To learn more about inclusion and diversity in the water industry, check out the Australian Water Association's Channeling Change program here. 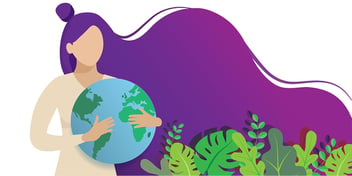 Why gender equality is crucial to achieving a circular economy

Cecilia Harris
As sectors across Australia and around the world continue towards a circular economy, two leading water managers from Veolia say… Read Full Paper 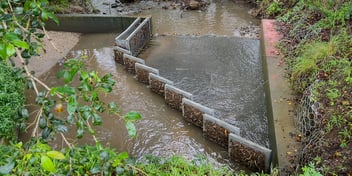 Why stormwater management should start in the catchment