Dedicated to making a difference 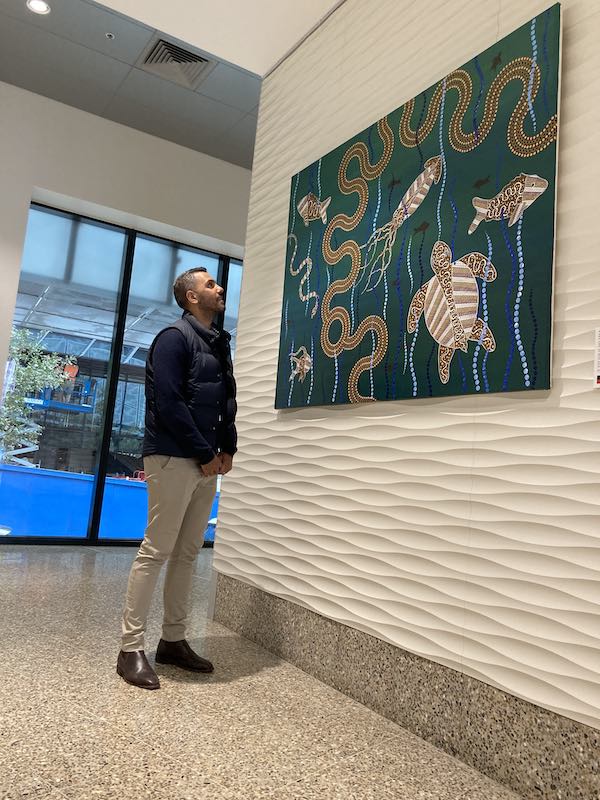 Wiradjuri man Dean Heta was raised to develop a deep understanding of his culture, Country and family kinship, and Reconciliation Week offers communities the opportunity to learn and engage with this knowledge.

Heta was born on Wiradjuri country in Albury, and his mother and grandmother — a Wiradjuri Elder from Narrandera — always instilled in him a strong sense of cultural pride and identity.

"National Reconciliation Week is important for Aboriginal communities; it’s a week where we get to showcase the positives and impact of our culture on wider communities, society and across the nation,” he said.

"But I’m a big believer in not just celebrating our culture for just one week — we should be celebrating and sharing stories of our First Nations culture and our shared history as Australians all year round.”

Importantly, Heta said the event is an opportunity for non-Indigenous Australians to take action towards reconciliation, which involves listening and dedicating to making a difference.

“If you’re non-Indigenous this is about asking what you can do and acting on it. What I really enjoy most about Reconciliation Week is seeing non-Indigenous people participate in things they haven’t before and being open to learn new things,” he said.

"For me this is really humbling as an Aboriginal person.

“There is so much that people can learn about during National Reconciliation Week but also seize the opportunity to think about how you can play a role in making a difference. We can all take a moment this week to get more understanding of the Aboriginal culture and our shared history, and how we might better engage and support our communities moving forward.

“That’s what my role here at Melbourne Water is about.” 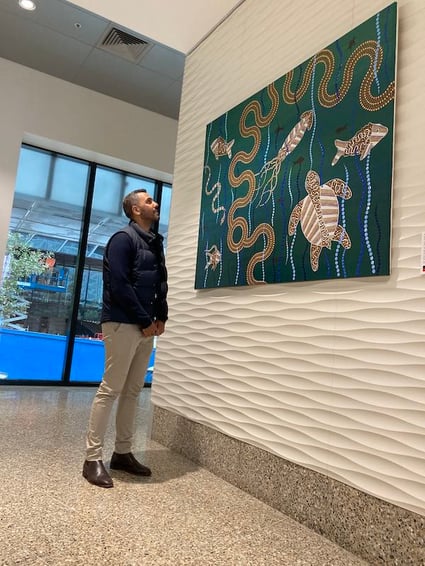 This picture of Dean Heta was taken before current COVID-19 restrictions regarding mask wearing indoors were put in place.

As Aboriginal Engagement Principal Advisor at Melbourne Water, Heta brings a wealth of experience and knowledge, having worked in mental health at the Albury Wodonga Aboriginal Health Service, Aboriginal service development at the Royal Melbourne Hospital and Indigenous cultural engagement at the University of Melbourne.

Heta said giving back to his community is always at the heart of his work, but that more action needs to be taken to ensure future Indigenous leaders are nurtured to their full potential — a hurdle Heta faced during his time at school.

“I was one of only a handful of Aboriginal kids at secondary school and there was some stigma because of that. I experienced racism. On top of that I wasn’t sure of what I wanted to do and there was a time when I disengaged from learning and felt pretty isolated,” he said.

“Because of this, my Year 11 coordinator thought it would be best if I was to leave school and focus on getting a job, as I would not make it to Year 12. Part of me understood where he was coming from, but I felt I was also labelled in the ‘too hard’ basket.

“So I had a month sitting on that before I realised I had to make an opportunity for myself and that was to finish Year 11 and then go on to finish my Year 12 [Victorian Certificate of Education] and prove that a young Aboriginal kid growing up in a small, largely white community could graduate, continue study and make a difference. Prove a few folks wrong.

Alex Chesterfield
On Melbourne’s coldest June day since 1985, 36 volunteers from across the water industry came together at Cherry Lake in Altona to… Read Full Paper

Cecilia Harris
The theme of this year’s National Reconciliation Week is ‘More than a word, reconciliation takes action’, and one leading water… Read Full Paper