Utilities need to pick up the pace and implement smart technology

Water utilities have room for improvement when it comes to making the most of data and smart technology, according to a new report from US engineering and construction company Black & Veatch.

The report stated that although most utilities have many instruments that produce and record useful data, much of this information is left out of sight, hampering efforts in management and efficiency.

“Water and wastewater systems are increasingly outfitted with data-producing instruments, but that information is too often siloed, or buried and out of sight like much of the infrastructure itself,” the report stated.

“What if water industry leaders actively embraced not just collecting data from their assets, but uniting the data with information from adjacent yet dependent systems?

“Unfortunately, far too much data remains captive within bucketed systems that don’t communicate,” the report stated, and “far too many providers are sitting out data’s impact on their systems”.

The report’s findings are a result of an annual survey of water industry stakeholders conducted in the US, and includes information on why utilities have been slow to embrace smart technology.

The report states that security is a major concern for utilities looking to integrate data-rich technologies into the management and facilitation of their services.

“Some utilities are unwilling to embrace cloud computing – where analytics can really flex its muscle by quickly collating, processing and presenting massive amounts of data – because of security concerns,” the report states.

Further to this, automated responses are still considered troublesome by many utilities.

“Managers might also fear that data analytics and other automation technology could ultimately reduce the labor force and at least partly remove human intuitive decision-making from the operational equation,” the report stated.

Take a look at the report to learn more about potential strategic directions for water utilities.

Why utilities must prepare for digital water metering 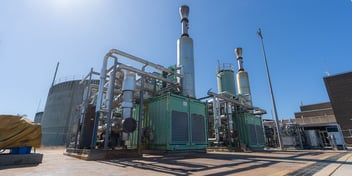