The Tasmanian Government is calling on the state to conserve power as dam levels drop to 13.6% of full energy storage capacity.

The Government has placed advertisements in local newspapers outlining the energy crisis and providing tips on saving power.

It is the latest in a string of tactics aimed at addressing the state's energy needs after the undersea Basslink cable, which brings power from mainland Australia, failed in December.

“What we're seeing at the moment is there's a certain anxiousness in the community about the volatility of supply,” he said.

But White said there was no imminent cause for concern.

“We [point clients] back to the independent market operator's assessment, which is that the actions Hydro Tasmania is undertaking – to implement diesel and gas-fired generation – will meet the demands of the state,” White said.

“Last week, the independent market operator came out and said there's no supply shortfall to meet demand for the next two years.”

However, White said it was always a good time to conserve energy and had a few tips for the water industry.

“The aerators on most treatment plants can be run outside peak demand periods,” he said.

“In addition, non-essential pumping loads might be scheduled for different times outside those peak times.”

The latest Energy Supply Plan update stated that temporary diesel generation had been rolled out at two more power stations and a substation.

Meanwhile, state-owned energy business TasNetworks had been investigating enforced blackouts and brownouts to save power.

A Senate inquiry into the state's energy crisis began this week on 14 April. 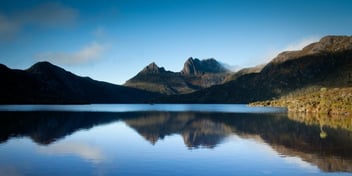 Promoting the benefits of TasWater careers

Cecilia Harris
TasWater representatives have been drumming up enthusiasm for a career in water, meeting with thousands of young people throughout… Read Full Paper