The ongoing battle against wet wipes in pipes has evolved, with utilities pointing the finger at a new wastewater management offender: ‘flushable’ dog poo bags.

ABC’s War on Waste podcast recently featured Sydney Water’s Peter Hadfield, who was involved in testing the dissolvability of the bags.

Hadfield said the bags remained intact after four hours spent in conditions simulating a sewer. It’s a solid reminder not to flush anything other than toilet paper and human waste.

"What they could do is cause a blockage in the pipes of people who are flushing them," Hadfield said.

The Australian Competition and Consumer Commission has commenced legal action against Kimberly-Clark and Pental, the manufacturers of ‘flushable’ wet pipes that are responsible for blockages throughout Australia’s sewer network – at an estimated cost of $15 million annually.

Bruce Hultgren, owner of Oh Crap Poop Bags (formerly Flushable Poop Bags), told ABC Online that the company is working on rebranding as a result of customer concerns over biodegradability.

"We've changed our distributing and [are] saying to dispose of them in the bin, quoting 'they are gone from landfill in six months'," he said.

"We still advise people if they want to flush them, they are a completely soluble product and anyone to say this isn't a soluble product is going against science because it does break down."

But Hadfield said the polyvinyl alcohol bags – made from the same material used for dishwashing tablets – do not break down quickly enough when submerged in room-temperature water.

"We believe they aren't soluble quickly enough. Does your loo have hot water in it?” Hadfield said.

"The reality is if [we only had to deal with] things that were meant to go down the toilet, like human waste and toilet paper, there wouldn't be any need for the infrastructure that we have here at Sydney Water. 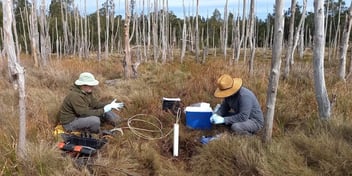 Cecilia Harris
Collecting data for catchment-wide water management is a challenge right across Australia, but, with NSW home to one of the most… Read Full Paper 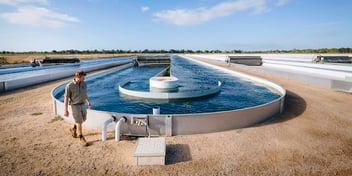 Cecilia Harris
Nutrient runoff has long been known to damage the health of freshwater and marine ecosystems, but an award-winning, world-first… Read Full Paper
Advertising