A revamp of how South Australia’s Department of Environment and Water (DEW) stores its data will make information on the Murray-Darling Basin more reliable, accurate and accessible.

Expected to launch in 2021, the new system will allow greater internal access to the state’s data about the 1.06 million km2 basin, which services the irrigation needs for a range of agriculture purposes as well as providing drinking water to the residents of Adelaide.

Among DEW’s responsibilities in relation to the basin is ensuring that the barrages that control flow between the lakes in the basin and the ocean are managed to ensure fair sharing of resources, flood-control, and water quality.

“In terms of the portal itself, we hope that it will be easier to navigate — easier to access information once people get used to the new system,” said Dr Jeanette Chapman, current Project Leader on the upgrade.

“An example of that is what we call a barrage calculator. That enables real-time decision-making of the Goolwa Barrages, and that replaced a manual system for doing the calculations.”

Ready for the future

The upgrade will also allow South Australia’s current system, which is 20 years old, to adapt to open data requirements and provide better information to the Bureau of Meteorology and the State Emergency Service, as well as allow for the integration of future technology.

“Consistent with state government guidelines for initiatives such as digital-by-default and open data, our primary driver is to enhance our system capacity to provide data and restoration of data delivery services in a timely manner,” Chapman said.

“But the other long-term intention of upgrading the information system is that it's better able to handle the increasing load of data that will come from emerging Internet of Things technology and maybe lend itself better to use of the data in potential artificial intelligence applications.”

The immediate beneficiaries will be the direct stakeholders in the basin, but eventually the whole state could find its engagement with the system improves.

“Our data helps drive the operations of the locks and barrages,” Chapman said.

“It enables us to provide more real-time information on water status and water sustainability for people like the irrigators, traders, the irrigation trust — and also potentially down the track for the general community and recreational users. There's a whole myriad of stakeholders that either indirectly or directly can benefit.”

One occasion on which the new system will demonstrate its increased capacity is when the state needs to respond to disasters such as flash flooding, which could happen in areas outside the actual Murray River.

The new system would be able to process all information coming in about a flood while still maintaining its regular operation.

“This system can ingest that data, which comes in at very high frequencies during flood events,” Chapman said. “That still enables the River Murray data to be ingested and processed.”

And the data that South Australia collects can be used by services across the country, which can be sure that it conforms to national standards.

“All of our state government data has to supplied to the Bureau of Meteorology and their standards that sit behind that we code our water data to. So this system also applies that back-end information,” Chapman said.

“There are water data providers right around Australia that do the same thing under the system. So collectively our data can add considerably to the information system. Other stakeholders such as the [Murray Darling Basin Authority] can access the data either directly through our system or through the Bureau. It's part of a community of practice Australia-wide.”

Getting ready to go

As the new system is approaching its launch date, the DEW team is engaged in testing to ensure it works smoothly.

“Until we finish the final configuration and development of the portal, we won't be able to release it to the public,” Chapman said. “It's a two-step thing to get the system right for those of us that generate the data and validate it and turn it into the product.

“They need to learn how to use the new system and test it. Once the portal is ready to go, we can still test it internally to make sure it's working before we finally switch on the data feed.” 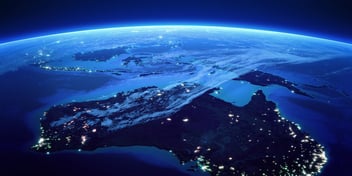