While managing problematic algal blooms has been a concern for Australian water authorities for a long time, there’s a growing body of research to suggest that successful mitigation requires a much more nuanced consideration of algal species than once thought.

“There is a lot of information around about blue-green algal blooms, or cyanobacterial blooms, that’s been collated by various organisations over the years,” Burford said.

“And while there are certainly some fundamental considerations in relation to managing these events, in the last 20 years we have begun to develop a more nuanced understanding of the complexity of species’ responses to environmental conditions and some of the ways we should be approaching that complexity.

“Put simply, it’s crucial to understand the organism. Mitigation strategies that work well for one species, might not control another.”

Recent research by Burford’s team has been working towards understanding how a certain problematic species of cyanobacteria uses nutrients, or what the species needs to thrive, in order to better understand the management levers for control of potential blooms.

Burford said that the usual correlation between nutrients and algal blooms – whereby the more nutrients in a waterbody, the more algae are produced – is not always applicable, with some cyanobacteria species able to thrive in seemingly adverse conditions.

“While there are good methods for water treatment – the chlorination process works well with this toxin – being able to predict and manage major blooms is still a challenge for water authorities.

“This particular species can fix nitrogen. Even if you take all of the nitrogen out of the water, it can still grow using nitrogen from the atmosphere.”

What’s even more interesting is the species’ use of phosphorus, Burford said.

“Usually, reducing phosphorus within a system will help to reduce blooms, but this species bucks that trend – research done in collaboration with Dr Man Xiao at the Australian Rivers Institute shows that this species has the ability to store phosphorus and use it much more efficiently than many other algae,” she said.

Burford said that the prevalence of these ‘nutrient niches’ that some cyanobacteria present is very problematic from a management perspective.

“We’ve been working under a certain objective of reducing nutrients to control algal blooms, and this is true to a certain degree. But there are problem species that require much more depth of understanding,” she said.

Burford said another tricky element of mitigating problematic events is that the level of biomass present in the waterbody during a bloom doesn’t always correlate with the level of toxicity.

“Water authorities have been spending a lot of money and time going out and counting the cells, but this effort wasn’t telling them what their risks were in terms of recreation, or how well they had to treat the water for toxin levels,” Burford said.

“We’ve been trying to understand why there is so much variation. We found that not only can we have many species that behave differently within a system, but there can also be many strains within each species, or what we call eco-types.

“When we think about different species and how they respond to an environment, we tend to have very fixed ideas about how they operate. But, what we’ve found with cyanobacteria is that they have this amazing diversity of responses to their environment within each species.

“This means that the species can respond to changing conditions, producing different levels of toxin than what is expected.”

Burford said the objective then becomes about figuring out ways to drive the species towards a less toxic population within the system in order to help water authorities manage the central risk.

“The big problem for water treatment managers is the toxins present within an algal bloom. By focusing on toxins, we can help to drive a more targeted response. It also saves time and money, because measuring toxin levels costs less than counting cells,” she said.

While most water managers know that nutrient levels are central to dealing with algal blooms, Hamilton said considering not only the level of nutrients, but also the balance between those nutrient ratios, is perhaps even more crucial.

“Generally, we keep coming back to nutrients as the most complicated factor. Nitrogen, phosphorus and carbon are the three key types of nutrients that need to be considered more closely. The balance of those ratios is extremely important,” he said.

“One thing that is consistently missed is carbon, which is a macronutrient. As the algal activity increases and blooms form, the pH level usually begins to rise. Cyanobacteria, in particular, have an ability to continue to grow and use other sources of carbon at high pH.

“When pH levels reach 9 or 10, many other algae simply can’t compete. But cyanobacteria have the ability to compete very well, even when carbon dioxide levels are very low at high pH.”

Hamilton said that, in terms of bloom management, understanding the ratios of nitrogen and phosphorus present within the system is also crucial to managing certain species and strains that produce toxins.

“There has been a lot of work done on integrated catchment management in terms of reducing nutrient loading within water bodies, but it hasn’t really centred around how to control the balance of nutrients,” he said.

Nutrients make their way to waterways from catchment inflows but can also be introduced via rainfall events or released from the sediments at the bottom of the water body, or what is referred to as legacy nutrients, Hamilton said.

“As lake health deteriorates, they tend to release a lot of nutrients from bottom sediments. This is something we haven’t thought much about controlling until quite recently. But in the last couple of decades, there has been more effort to consider these legacy nutrients,” he said.

“Bottom sediments can be very reactive. Once they are in a poor state of health, they start to release nutrients, and they can release vast amounts of nutrients comparable to what can be introduced from inflows.”

Hamilton said that legacy nutrients can be addressed by applying various chemicals to reduce phosphorus levels, but that these techniques won’t always work, particularly if the species is inherently tolerant of low-phosphorus levels.

“Most of those chemicals are oriented towards phosphorus, such as aluminium sulphate, to drive down phosphorus levels. This is all good and well, except when it comes to certain species that have the ability to sustain multiple generations with very low phosphorus supply,” he said.

“The main point, really, is that some of our perceived abilities to control these blooms is not as great as what we once thought.”

Hamilton said that while responding to an algal bloom has often required a lot of tedious sampling, new technology is allowing for more comprehensive modelling approaches to be employed.

“Figuring out the concentration of an algal bloom within a waterbody has often been like trying to find a needle in a haystack because of the enormous variability. The water authority might take some samples, but if the bloom has been mixed through the water, or is concentrated in bays, it can be very difficult to know where and when to start,” he said.

“One emerging technology that can help is the use of remote sensing. If the sensors are attuned to algae, it can be a great tool to be able to rapidly locate where the problem is. If sensors are used to monitor continuously then, with a bit of careful calibration, we are able to create a continuous record of cyanobacteria within the waterbody.”

Hamilton said this data also allows for much better modelling, where data from remote sensing can be used to determine the distribution of the species throughout the waterbody and when bloom events are likely to occur.

“These models can be very valuable tools for managers. We are only now just starting to piece this approach together. But it is giving us a more detailed understanding of how blooms react to environmental conditions, including wind and water column temperature stratification,” he said.

Burford said that in the long term, managing algal blooms is about understanding nutrient sources in the catchment, but in-lake strategies will often be needed to manage bloom crises in the short term.

“The long game will be around mitigating problems within the catchment, but also being able to predict when problems will occur,” Burford said.

“And so, can we develop better models for better prediction? Are we stuck in our old way of thinking around how we predict and manage blooms, or are there better ways to do that?
Reacting to blooms when they occur is one way. But if we keep on doing things the same way, in 10 years time we are not going to have improved how we deal with these events.”

Burford said that while it can be very challenging for some water authorities and councils to understand the cyanobacteria in their own water supplies, keeping informed of recent research into various algal species and how they thrive is a great place to start.

“We work with organisations like WaterRA to try to produce collective insights into these complexities,” she said. 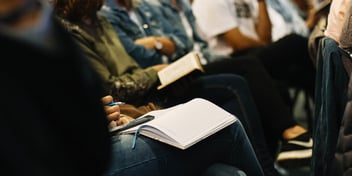 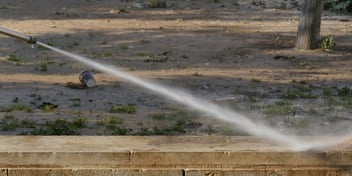 Making Safety a Way of Life in Asset Management