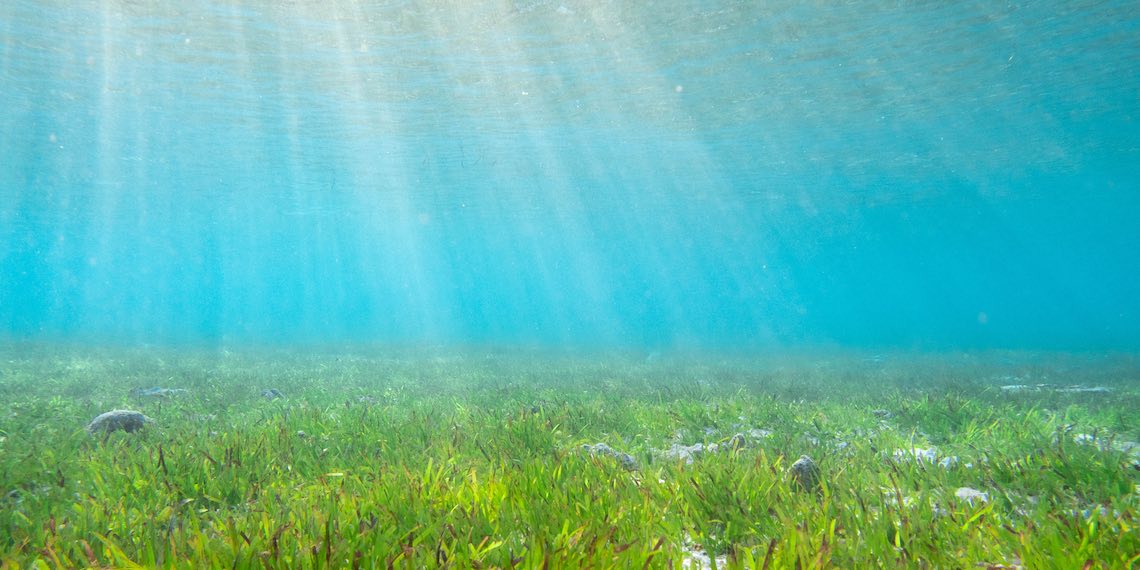 Blue carbon habitats provide a plethora of ecosystem services, including the ability to store and sequester carbon, but much more needs to be known about marine seagrass environments to protect their health and efficacy in the face of climate change.

The collaboration aims to map seagrass ecosystems and their ability to absorb and sequester carbon in a bid to support climate resilience along coastlines, including the communities and livelihoods that rely on them.

Research will be conducted along coastlines of Australia, Fiji and Indonesia, including scientists, researchers and engineers from all countries, with the aim of producing a tool to map and monitor seagrass of the Indo-Pacific region.

"The combination of Google's world-leading artificial intelligence and platform technology; CSIRO's deep climate, digital and AI expertise; DFAT's experience delivering high-quality development programs; and skills of our in-country partners will help create tailored and cutting-edge solutions for Australia and the Indo-Pacific," he said.

"Harnessing the capabilities of our partners and building on our past success in the application of AI and digital technologies will provide unique insights for local communities and national governments who are tackling big climate challenges.”

One of the lead scientists on the project, CSIRO’s Dr Joey Crosswell said blue carbon mapping is a relatively young field of study, with the majority of research to date focused on mangrove forests, but seagrass habitats also offer a lot of potential for carbon sequestration initiatives.

“When most people think about carbon sequestration, they think about planting trees or rehabilitating rainforests. The concept of blue carbon is relatively new compared to green carbon, which is carbon in terrestrial vegetated environments,” he said.

“But we’ve found that blue carbon habitats, made up of marshes, mangroves and seagrasses, are very effective at capturing and storing carbon, as well.

Crosswell said the international study is also important because it enables communities throughout the Indo-Pacific to use their natural resources to take action on climate change, both at a national level and at a local level.

“It’s a multifaceted project. We have the science component, the outreach and policy component, but also the community component. We are doing workshops and training with communities to ensure they have the capacity to measure and account for carbon in their own blue carbon habitats,” he said.

“While communities will be able to make decisions about how to manage these blue carbon habits at a local level, this information will also be useful for governments in terms of informing offsetting policies in future.

Crosswell said the aim is to bring blue carbon in as a recognised climate change mitigation strategy.

“At present, seagrass habitats are not included in national accounts for climate action. And we need the research and the data to be able to do that and earn credit for that carbon sequestration,” he said.

The project will be using traditional methods for carbon assessment of coastal and marine ecosystems, but Crosswell said the approach involves training an AI model to enhance the scalability of data over much larger distances.

“Seagrass habitats are not easily seen from above the water,” he said.

“Current research and scaling methods use a lot of remote sensing, but you can’t see through water very well so we still have to dive down and take a look. Traditionally, we take measurements in 50 cm times 50 cm quadrads and use that data to scale up.

“We still do this, but the new approach is about training our AI model to be able to scale these measurements up more effectively and accurately.”

As part of the new blue carbon study, researchers are collating carbon data, and collecting and analysing imagery of the seagrass and marine fauna from multiple sources.

“We layout transects and sample the carbon in the soil underneath them. We have an observer note the above ground and underground biomass, and we use towed and self-propelled camera systems to collect underwater video,” Crosswell said.

“We tow these camera systems over the carbon sample area and train the machine learning program with the data we’ve collected over those specific points, and over a random subset as well.

“Once we have that machine learning program trained, it will then do the mapping for us. What would normally take several hours to manually measure a few square meters of seagrass and carbon will soon be done automatically utilising imagery from the camera system.”

Crosswell said using a platform agnostic AI model is important as it enables the work to be completed using standard equipment: “it’s as simple as using a GoPro. We can leave that equipment with communities and they can continue to measurements over time”.

“This new method is all about scaling up. We need continuity through scales for effective carbon accounting, to get carbon credits and to make blue carbon a recognised mitigation strategy,” he said.

The data collection phase of the study is due to finish in 2023, Croswell said, including the local engagement and training phase of the project, with a workable mapping system set to be delivered and implemented in the region within a couple of years.

“We have some ideas about how the final mapping product will work, but we are in constant consultation with communities and countries about how best to deliver this product,” he said.

“We will likely go with a platform that ingests all of the data and processes it in the cloud, which is where the partnership with Google comes in. And we will have digital tools on the user end to help communities manage these blue carbon habitats.”

The partnership is part of Google's Digital Future Initiative, a $1 billion investment in Australian infrastructure, research and partnerships.

Google Australia and New Zealand Managing Director Mel Silva said the blue carbon mapping  partnership is all about bolstering climate change initiatives within the region by applying the most innovative AI technology to important research initiatives.

"We are thrilled to partner with CSIRO and DFAT to explore new applications of AI for carbon sequestration. Our shared goal is to support long-term climate resilience and improve access to technology for developing nations in the Indo-Pacific region," she said.

"The Digital Future Initiative is an investment in the extraordinary talent and creativity of Australians and will allow us to continue working with CSIRO to harness machine learning tools to protect marine fauna and endangered species, and the future of our nation's coastline." 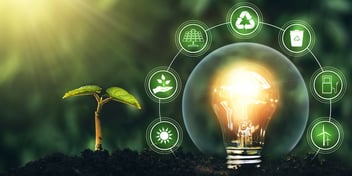