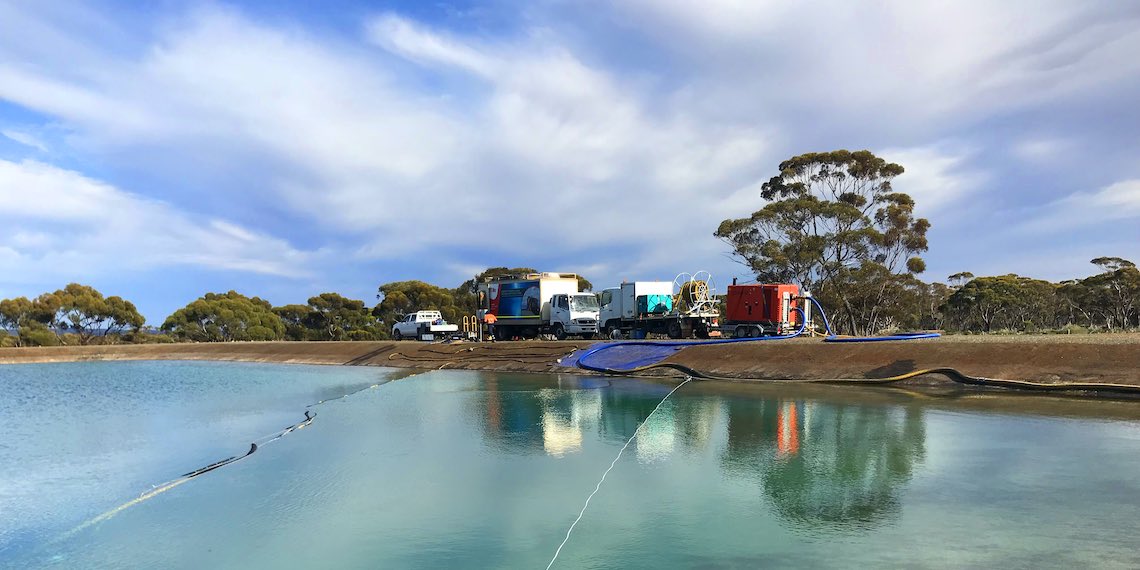 Tank and reservoir cleaning and inspection poses many challenges for water utilities — from considerations of occupational health and safety to turbidity problems and service interruption issues. One Australian company is making light work of the task, and, in doing so, is quickly becoming the global leader in water robotics.

Watertight Robotics have been around for a few years now. Many Australian water professionals will be familiar with the company, which launched at Ozwater’18. Since then, it has made massive strides in further designing and implementing robotics for the water sector, including introducing a second robotics company for non-potable water assets, Dredge Robotics.

“We were using four-person dive teams to undertake tank cleaning and inspection for several utilities. We'd been doing it that way forever, but we thought there had to be some robots that could help with the job. We invested a lot of money in trialling some off-the-shelf robots, but all of them failed against pretty much every metric,” Old said.

“That was what pushed us to try building robots ourselves. We built a fairly successful tank cleaning robot and it took off. We were really happy with it, so we started to branch out into some industrial robotics as well.”

Since then, the company has built subsequent generations of those robots and is continuing to develop capabilities and designs, Old said.

“As a rule, these new robots are lighter, faster, more versatile, and have better vision and navigation. The robots that we've got now are unlike anything else globally,” he said.

“Australian water utilities are catching on and we love showcasing the benefits our robots provide. Compared to the traditional way of using divers for tank cleaning and inspection, our robotic technology is cheaper, safer, faster and much better for maintaining water quality.”

“Basically, it can be used safely in any type of tank. Further, it can clean the tanks without taking them offline. This is a really big win for water utilities. They can continue servicing the customer while they clean their tanks,” Old said.

“A lot of utilities have an entrenched hesitancy about keeping tanks online during cleaning. This has been consistently proven to be unnecessary with our robots.

“Furthermore, the D-Bot V2 can achieve really impressive cleaning speeds — more than 200 square metres an hour — achieving a 100% clean of the asset. It's been consistently proven to have ultra-low turbidity generation of 0.5 NTUs or less.

“A lot of other robots have one camera that points forward and you can't see what you're doing in the tank. Our robots have 360-degree vision at all times, using camera and sonar systems, which allows the user to see everything going on around the robot at all times.”

Old said winning Singapore’s PUB innovation challenge was a great opportunity to showcase the new bot, which far exceeded expectations in terms of capability and performance.

“The Singapore PUB innovation challenge was about developing a robot that could clean and inspect water tanks. We’d already achieved that. Further, they didn't believe that they could clean the assets online,” he said.

“Part of the trial we're doing with them now involves taking tanks offline and applying turbidity measurements to show them what our robots are capable of.

“We clean about 300 assets a year while they're online, so it's not an unusual thing for us to do anymore, and it’s great to show utilities that this service is now available.”

Aside from the impressive specifications and capabilities, the robots are also an excellent option for tanks that pose structural challenges, including tiny hatches and difficult cleaning requirements, Old said.

“One of our robots was built with a compact  architecture and detachable parts so that it can fit through some of the smaller hatches that you encounter on tanks,” he said.

“Also, a lot of water treatment plants end up with significant build up of limescale. We've built an attachment for one of our robots; it's got an auger system that breaks up the material into little pieces and simultaneously removes the debris.”

Old said that because Watertight Robotics is an Australian manufacturing company dedicated to constantly improving and evolving its product offerings, water utilities are able to express specific challenges or needs.

“We get utilities presenting particular issues to us. We are able to think through these problems and sit down with them to whiteboard a solution. We’re not scared of recreating and evolving our products,” he said.

Despite these achievements, the company has plans to continue improving its products by introducing more integrated data collection and analysis capabilities to assist utilities with maintenance efforts.

“One of the things that we've done really well is provide very high quality inspection data to the point where a lot of clients are giving up on draining their tanks out to inspect them at all.

“We’re launching a Microsoft-hosted, cloud-based system whereby every bit of information we gather on the tanks for our clients goes into a database. Utilities will be able to view any photo, play any video, analyse data and look up asset information across all assets,” Old said.

“Currently, there is a lot of investment and focus into navigation and AI systems for robot technology, because with the right programming and support, robots are capable of learning.

While this AI capability is not realised just yet, Old said the aim is to work towards fault recognition and integrating other smart technologies to work in conjunction with the data the robots collect.

“The data our robots collect is very reliable. We're working on integrating non-destructive testing and machine learning and recognition of faults over time,” he said.

“We’re really big on integrating platforms of smarts across various systems. One of the things that sets us apart from other manufacturers is that we're building from the ground up. We build our own circuit boards, we program our own chips, we write our own software.

“Our capability to integrate and adapt smarts is kind of limitless. We’ve configured our robots to be able to adapt to new technology. We're using about 20% of the capacity of what we've built into our designs so that we can expand on capabilities in future.”

Water Source
After launching at Ozwater’18 last year, Watertight Robotics is back with a new generation of robots that are making tank cleaning… Read Full Paper

Water Source
Cleaning drinking water systems can be expensive, time consuming and an OH&S concern for many utilities, but one company has turned… Read Full Paper 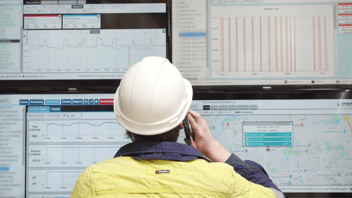