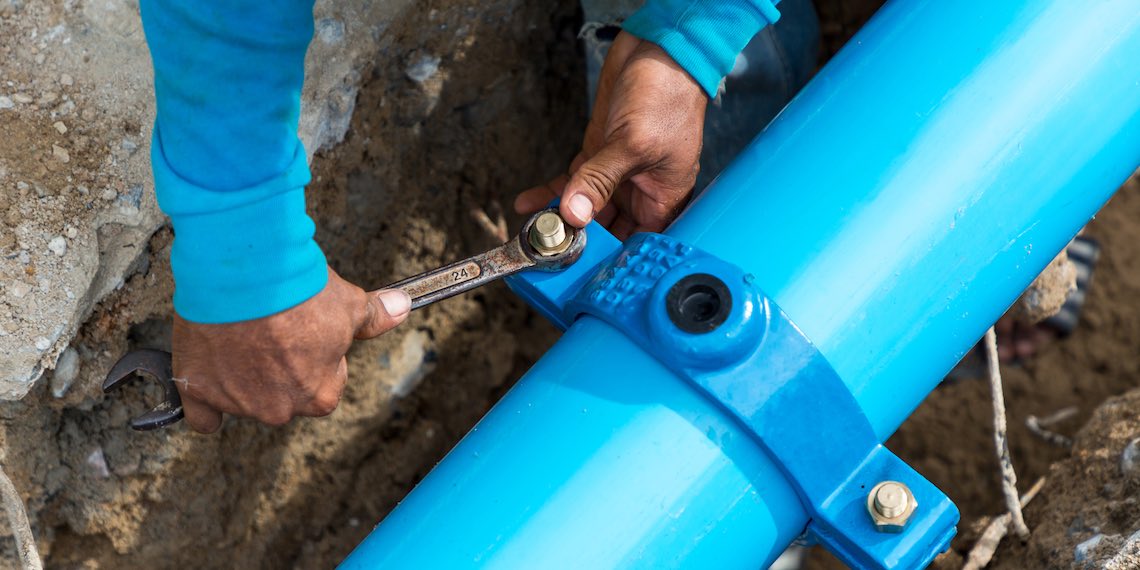 According to Unitywater’s strategic asset manager Ken Goraya, the utility pays some of the highest prices to purchase water in the world.

The problem, Goraya says, stems from a major drought in the second half of the 2000s.

“During that time, the state government spent a lot of money to interconnect the existing dams, putting in recycled water mains,” he said. “About $7 billion [was] spent in that time to make the South East region drought proof and we're paying that money now.”

That’s why, even though Unitywater’s network has a low level of leakage, it made economic sense to reduce its losses even further.

“We found because the cost of water is high, it still makes sense for us to lower the total losses up to another 50 litres per second, per connection a day for the whole region,” Goraya said.

“This sort of analysis keeps the confidence of the management that we can still invest more money into it, rather than saying, ‘Oh, it's low-level leakage; you don't have to worry about that.’”

The strategy Unitywater adopted from the analysis is one that encompasses nine pillars addressing what it refers to as “real losses” and “apparent losses”. The sum of real and apparent losses is called “total losses”.

“Real loss is the actual physical loss of water, like leaking water,” Goraya explained. “Apparent is more like measuring our water theft … like a customer meter on low flow might not read any flows, so we are losing the water. It's not real, but we are losing the water in the economic sense: water that does not generate revenue.”

The strategy builds on an established four-pillar approach for addressing real losses that had been first developed for utilities in the UK and South Africa.

“Another approach we can [take is] based on the digital data available to us, like DMA [district metered area] reporting or the loggers we can install on the trunk main,” Goraya said.

“It's like levers — which lever we should pull to reduce the total losses in the network rather than fix and focus on the real losses, which we don't have too much issue with.”

To respond to real losses, Unitywater will:

One challenge the utility is facing concerns the service mains replacement program, which has a high upfront cost resulting from the disruption to customers. To address this, the utility is considering a “no-dig” process to replace service mains. That would, however, require collaborating with industry to try a new technological approach.

“There is no technology available in Australia to replace those service mains with no-dig technology rather than digging up. Using tunnel boring to replace a 20 to 25mm service main is also very expensive,” Goraya said.

One solution could be to collaborate with other utilities in the state that could benefit from the no-dig technique.

“It's not that difficult a task, but … if we create awareness, we have a very innovative industry, we might look at the problem collectively,” Goraya said.

“I believe utilities in Australia would like to replace a service main with an affordable and no-dig technology; there's big potential there.”

Cecilia Harris
With the Bureau of Meteorology announcing an official La Niña event set to last for the next few months, water utilities on the… Read Full Paper
Advertising