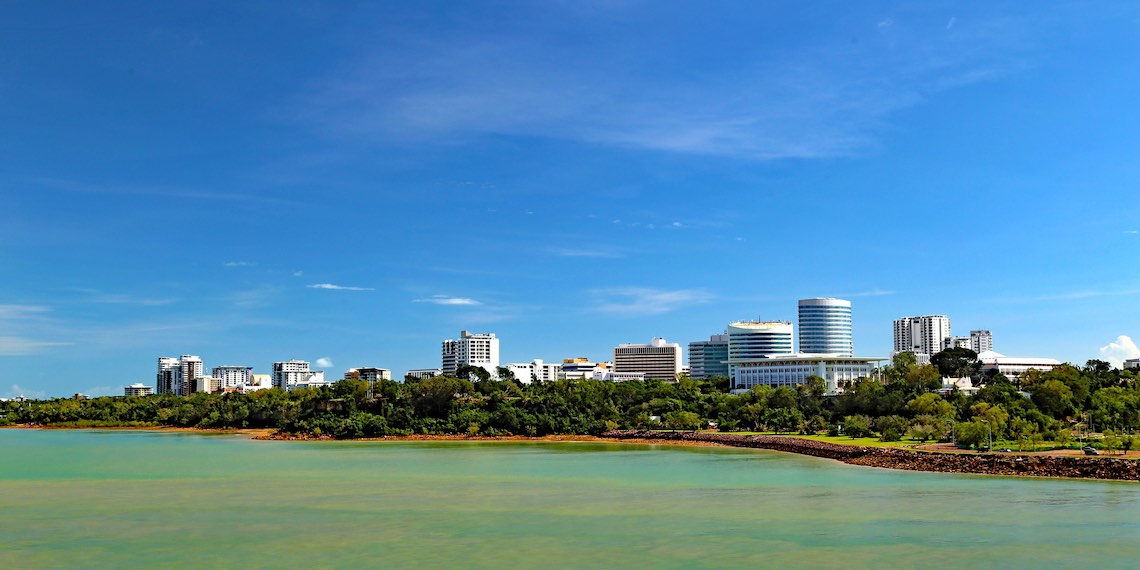 The Northern Territory Government’s newly appointed Infrastructure Commissioner has a keen eye on developing industry and economy, and her sights are set on water security.

With 16 years experience working in the Northern Territory, Louise McCormick has been involved in the planning, delivery and management of some of the Territory’s largest and most complex infrastructure projects.

McCormick will be advocating for key enabling infrastructure projects, including the Adelaide Offstream Water Storage (AROWS) project to bolster water security in the Darwin region.

Strategic infrastructure development in the Northern Territory is crucial for its long-term growth and community prosperity, McCormick said.

“The Territory is the land of opportunity and infrastructure plays a key role in unlocking those opportunities,” she said.

“Focusing on strategic infrastructure planning and investment will pivot the Territory towards long-term sustainable economic and population growth.

“Working closely with potential investors, industry, the community and my colleagues across both the Northern Territory and Australian Governments will be essential to achieving the best outcomes for the Territory.’

Supported by the National Water Grid Fund, and in partnership with the Power and Water Corporation, the NT Government completed the AROWS Detailed Business Case at the end of 2021.

The findings reveal that the AROWS project would provide an additional 60,200 megalitres per annum to support urban water security in the long term — almost double the water supply capacity of Darwin River Dam – and will assist in fostering growth in local industry and agriculture

The project proposes to deliver a sustainable and robust reticulated network for the Darwin region with multiple sources to provide increased resilience and capacity in future.

Minister for Infrastructure, Planning and Logistics Eva Lawler said McCormick’s focus on critical infrastructure in the NT will bolster growth in the north.

“Louise McCormick is an asset to the Territory, with over 20 years’ experience in the transport and infrastructure sectors, and I congratulate Louise on her appointment to the role of Commissioner for Infrastructure NT,” she said.

“Louise is a multi-award winning Chartered engineer in both civil and structural engineering, and is well placed to lead the Infrastructure NT Commission to work with the Australian Government and private sector to secure and deliver critical infrastructure development in the Territory.”

Infrastructure Australia CEO Romilly Madew also said that McCormick has the experience and expertise to ensure NT development is supported.

“A long-term advocate for the Territory, Louise has engaged constructively with Infrastructure Australia for several years and was a key member of the working group that guided the development of our new assessment framework for major infrastructure projects,” she said.

“As highlighted in the 2021 Australian Infrastructure Plan, targeted infrastructure investment and reform in the Northern Territory will be absolutely key to developing new industries, enhancing connectivity and liveability and supporting the national economic recovery effort.

“Louise is exceptionally well-placed to lead Infrastructure NT during this critical time.”

Other infrastructure development projects McCormick is advocating including the Middle Arm Sustainable Development Precinct and the Beetaloo Sub-Basin development — both focused on the sustainable energy production avenues.

Cecilia Harris
In a boon for northern Australian water security and development, the Australian Government has provided $5 million through the… Read Full Paper