Water and the South Australian election

On 19 March 2022, South Australians’ will head to the polls to elect our next government. In lieu of having both of the major parties brief the water sector on their priorities for the next two years, with the breakfast briefing for 18 February having to be postponed till June (stay posted for further details), the Australian Water Association South Australia Branch Committee put to the current Minister for Environment and Water and Shadow Minister the following key questions.

What are the greatest water related challenges and opportunities that South Australia is likely to face over the next decade?
How does your party propose to tackle these over the next four years if you were to form government this March? 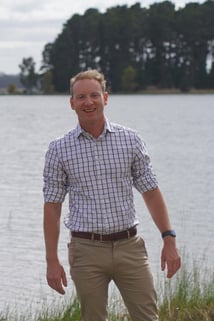 Our water and climate are intrinsically linked. Responding to a changing climate will be one of the most significant water challenges ever faced by our State, as water underpins the foundation of our economy, our households, cultural purposes and the environment.

A changing climate will put pressure on water availability, particularly with our State’s reliance on the Murray. For example, the Murray faces challenges with changes in expected future inflows.

This will be compounded by increased water demand from population growth, economic activity and generally higher temperatures.

We therefore must be smarter with how we use water. This doesn’t mean adopting the old mindset of using less and resorting to an era of restrictions; water use generates social and economic benefits.

These challenges present significant opportunities for the sector to innovate, create solutions and export our lessons to the rest of the world.

The Marshall Liberal government will build on the significant effort we have made on addressing water security, management and affordability since forming government in 2018.

We will continue our efforts to drive full implementation of the Murray-Darling Basin Plan, which is working well for our State, to achieve a healthy, productive river. We will do this by working with Basin states and Territories to deliver against their commitments.

We will continue to invest in climate independent water options, particularly in our regions, and improve services for businesses and households.

We have recently released our Water Security Statement and Urban Water Directions Statement − the first major state policy release on urban water in over ten years. We also recently appointed an independent panel to investigate stormwater arrangements in the state. These will guide our efforts.

We will also increase the greening of our towns and cities, improving amenity and liveability, and build on our focus on recognising the value of water for recreational by enhancing our reservoir offerings.

We will continue to look at ways we can reduce the costs of water for households and businesses, like we have done since being in power.

Finally, we know that government can’t go it alone and will continue to recognise the role of the private sector in providing innovative solutions to meet our future water challenges and opportunities. 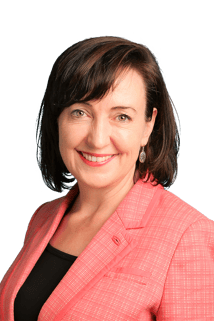 The River Murray is often called the lifeblood of South Australia, and for good reason. Much of our state’s wealth and environmental sustainability come from the river. Adelaide itself is heavily dependent on the River for our general water needs, with up to 80% of our water at times coming from the Murray. Unfortunately, the threats to the health of the River Murray in South Australia and to the Murray-Darling Basin are many.

The water from the system is over-allocated in much of the Basin and the federal government has abandoned any leadership role in delivering the Murray-Darling Basin Plan. Eastern states’ governments are reluctant to deliver water efficiency projects to free up water for South Australia which has seen our state receive less than 1% of the 450GL of extra water allocated for the environment when the plan was drawn up. It is because of this that I see the future of the River Murray as the greatest water related challenge and opportunity for South Australia over the next four years.

Labor in government will make the River Murray a priority for South Australia again.

We will act on every recommendation of the 2019 Murray-Darling Royal Commission and reverse the Marshall Liberal government’s endorsement of complex socio-economic criteria restricting the funding of water efficiency projects up-river.

Labor will appoint a Commissioner for the River Murray in SA. The Commissioner will report annually to parliament, will deal with the Murray-Darling Basin Authority, will advise the government and will be someone who irrigators, environmentalists and communities can work with on their challenges in water management. Importantly, Labor will also prepare for legal action to defend our water rights against the inaction of the federal and eastern states’ governments.

Who will be key for the water sector in Scott Morrison’s new ministry?

Water Source
National Water Week is well underway, and from site tours to school visits, members of the water sector have been doing their part… Read Full Paper
Advertising