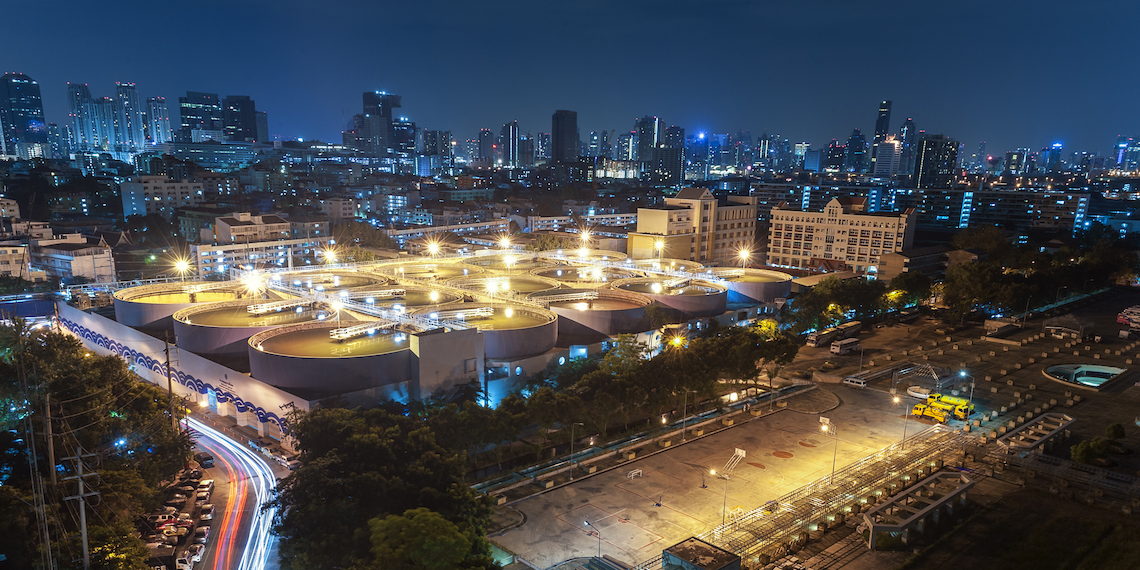 Increasing recycled water for agricultural irrigation has been a consideration in recent years as regional water security challenges grow, but one leading researcher says there’s a good chance that agricultural demand for recycled water will be outrun by reuse demands in urban areas.

A recent paper by CSIRO Land and Water Honorary Research Fellow Dr John Radcliffe on the current status of recycled water for agricultural irrigation in Australia includes a historical exploration incorporating key levers that have shaped the industry as it operates today.

“And the fourth is industry use, such as cooling coal-fired power stations — a declining market — use in manufacturing such as steel production, and even in beer making.

“The fifth likely demand is the long-term potential for recycled water as an input to the drinking water system. We already have two systems in Australia that can do that, including Perth’s groundwater replenishment scheme, which has gained considerable community acceptance.

“The influence of public acceptance is very important, particularly in terms of increasing demands for different applications.”

Radcliffe outlines that recycled water for irrigation has transitioned in recent years from an effluent discharge solution into an economic opportunity, with governments seeking to apply the resource in agriculture to support regional communities.

“State water corporations or state governments tend to have an enthusiasm to try to generate economic development by any means they can, and supplying recycled water for agricultural irrigation in a food-hungry world is one of those means,” he said.

But there are a few supply-and-demand hurdles involved in recycled water for agricultural use, including the logistics and cost of pumping, and seasonal distribution.

“The first challenge is that the area of agricultural land needs to be reasonably close to the wastewater treatment plant. There's considerable costs involved in pumping in some scenarios. Water is heavy and sometimes people overlook the expense involved,” Radcliffe said.

“The other problem is seasonal distribution. The demand for recycled water for agricultural irrigation can vary considerably, depending on the crop’s production cycle and, of course, the weather.

“So there’s the added issue of matching supply to demand, because they are not environmentally similar.”

Furthermore, Radcliffe said pricing considerations continue to be a challenge as the recycled water industry develops.

“When the Northern Adelaide Plains Scheme was set up, they set the price per kilolitre, which was very low to incentivise people to use the water. But once you give out a product at a concessional price, it may be hard to reprice it later to nearer full cost-recovery,” he said.

“It may turn out that recycled water for agriculture simply becomes uneconomic. There are a lot of costs that need to be managed and it all comes down to economics.”

These challenges facing the application of recycled water for agricultural irrigation are being met by a burgeoning urban reuse market. The use of recycled water in urban contexts is very likely to increase in coming years, Radcliffe said.

“As climate change develops further, there may be reductions in the amount of catchment water that's available for urban water supplies,” he said.

“Water in many critical catchments is expected to fall in the next 20 to 30 years, and that reduces the water that's available for urban and domestic use.

“However, with urban areas growing, there will be considerable amounts of wastewater in all of our major cities. And as acceptance grows, there will be a strong economic case for utilising that wastewater closer to its source.”

Radcliffe said urban communities are also largely in favor of applying recycled water for urban irrigation, including parklands and gardens, which are becoming increasingly important for livability as cities expand.

“There is a lot of competition for demand within the urban context now. There are various housing developments looking for recycled water for toilet flushing and laundry, or garden watering, though the capital cost of installing two sets of pipes for drinking water and recycled water has to be carefully considered and the risk of cross-connection tightly managed. In the end it all comes down to price,” he said.

“Where is the application of recycled water most likely to produce the greatest amount of economic sense?”

Radcliffe said the market for recycled water use can change very quickly and that water-quality requirements for various use cases adds to this instability.

“For example, some of the regions surrounding Melbourne that used to be highly agricultural are now increasingly urbanised, which calls for an extension of recycled water pipelines as agricultural production is forced further out.

“The economic considerations in regards to various market constraints here are very significant. There is a need to evaluate how each market will stand and what you can charge for the product.”

Furthermore, there's the consideration of what quality of recycled water needs to be produced for the specific agricultural application.

“Some crops, like wine grapes, are able to use a relatively low quality of recycled water. But if the crop is cabbage, or lettuce likely to be eaten raw, then a much higher quality is required and more intensive treatment, which costs more,” Radcliffe said.

“This has been adopted at Melbourne’s Eastern Treatment Plant and as demand for agricultural use expands, it is met by reduced discharge to ocean at Boags Rocks.”

Future for recycled water for irrigation

While only 3% of Australian agricultural irrigation comes from recycled water, Radcliffe said there is an assumption that producing more recycled water for irrigation will increase that share.

“We’ve seen it happen. Governments assume that if they produce recycled water for agricultural applications, people will bust their door down to get it. But that’s not always the case,” he said.

Given the increasing competition for other applications of the resource, Radcliffe said there are alternative water sources being explored for agricultural use as a means of pursuing water security in agricultural regions.

“An example of this is water banking in the River Murray. There are also ideas around the use of small desalination plants for the treatment of in-land brackish water. Groundwater recharge will continue to play a role, too,” he said.

“These alternatives will likely come into play much more readily in future as the demand for recycled water in other areas of application grows.”

Australia ready for next phase in urban water reform

Erin Riley
A street in Melbourne’s City of Yarra will soon be repaved with a material that retains moisture, reduces stormwater runoff and… Read Full Paper
Advertising