Many of the technologies forecast — some only a decade ago — to have the potential to alter the future of the water sector are now beginning to produce tangible outcomes that offer a clearer picture of the extent of both their implementation and impact. One such advanced technology, which has long received interest, is wastewater reuse.

As early as 2002, the Western Australian government began exploring opportunities for water recycling. In 2007, it set a goal of recycling 30% of its wastewater by 2030.

Before water from the Beenyup Advanced Water Recycling Plant is injected into Perth’s groundwater supply, it is subjected a rigorous series of treatments.

The water — which has already undergone full treatment at the Beenyup Wastewater Treatment Plant — is first passed through coarse screens to filter out large solids and debris.

Fine screens then remove solids as small as 200 microns, before the water is passed through an ultra-filtration barrier. 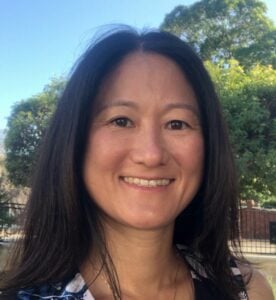 The water then undergoes reverse osmosis to remove dissolved matter, as well as pathogens, viruses and bacteria.

Finally, the water is disinfected with ultra-violet light.

It’s a lengthy process, but Suez Engineering Manager (WA) Lisa Chan says is necessary to turn what was once wastewater into drinking-quality water.

Chan, who was the commissioning manager for Stage 2 of the plant, says Beenyup is unique in recycling wastewater to replenish aquifers used to supply potable water.

“Rather than going straight into cups and taps, it’s then recharged into … an enormous underground aquifer under the city of Perth,” she says.

“It's then stored [in the aquifer] and later pumped out for integration into the water supply.”

First of its kind

The plant has been recharging the city’s aquifers since 2017, with an initial capacity to inject up to 14 billion litres of recycled water into groundwater supplies each year.

The WA Government says that’s enough water to supply up to 100,000 Perth households.

But it could be years before water pumped into the aquifer ends up in a glass.

“It becomes quite diluted in the aquifer,” Chan says. “And a number of years later, that same molecule of water will come out and be part of the drinking water supply.”

She says to meet the requirements of both the Water Corporation and the Health Department, the team had to demonstrate 184 water quality parameters.

They completed the performance testing in February 2020 and submitted a detailed report to the Department of Health.

Chan says the Water Corporation invested a lot of time in piloting the groundwater replenishment scheme before investing in a full-scale plant.

Beyond demonstrating that the process worked, they also had to build the regulatory requirements for the plant.

“They were first in working with the government to … enable this sort of scheme,” Chan says.

“So that sets the groundwork for the rest of Australia.”

Out of the ocean

Chan says the Beenyup plant is now recycling water that would otherwise end up in the ocean.

“By the time it comes to us, it's already gone through the full treatment process of the wastewater treatment plant,” she says.

“So, normally, this water is discharged to the ocean outfall, and essentially mixes with the seawater. So we lose that critical resource of water.

“Whereas now we’re capturing that; the plant is capable of treating 100% of the flows that come out of the wastewater treatment plant that would normally be lost to the ocean.”

It makes sense, given almost a fifth of Perth’s drinking water is supplied by a seawater desalination plant less than 60 km from Beenyup.

“[The water recycling process] is very similar to a desalination process,” Chan says.

“So rather than discharging [the water] into the sea and then pulling it out and desalinating it, we’re not putting it in the sea, we’re going straight into this plant.

“It's an awesome scheme.”

Don’t miss Ozwater’21 where Lisa Chan will present the performance testing criteria and outcomes for the Beenyup Advanced Water Recycling Plant. Ozwater’21 is the largest water conference in the Southern Hemisphere and will be held in Adelaide from 4-6 May 2021. Click here to register. 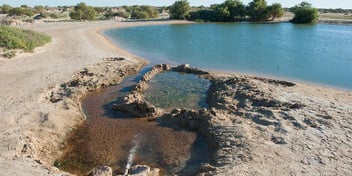 Water Source
Perth’s rates of aquifer recharge are set to double after a massive boost from the WA Government for recycled water projects. Read Full Paper