Scientists are developing farms of the future at a new facility in south-western New South Wales.

The 290 ha facility took four years to design and build and is equipped with 100 temperature and humidity probes, 72 soil moisture probes and six weather stations.

Hundreds of small plots will be used to trial new methods of food production, while long-term experiments will investigate changes to the soil over time.

Director of CSIRO Agriculture and Food Michiel van Lookeren Campagne said the current drought made it more important than ever to build resilient agriculture systems.

“We’ll be trialling new varieties of wheat, canola, legumes and pastures that can withstand warmer conditions, such as those predicted for the future,” he said.

“We’ll also continue to research the best farming practices to manage our fragile soils and get the most from every drop of water.”

Australian farming businesses used 10.5 ML of water in 2017-18, with most of this going to irrigate crops and pastures, according to the Australian Bureau of Statistics.

“This is a particularly significant milestone for the industry and farming community Australia-wide given the crippling effects of drought,” she said.

“[BARS] will equip us with decision-making tools, climate adapted crops and the ability to monitor farms at unprecedented levels of accuracy.” 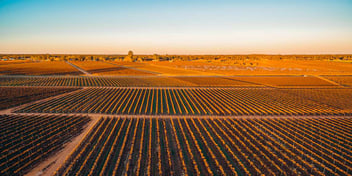