A healthy vegetarian diet requires 50% less water to produce than a typical meat-heavy diet, a new study has found.

Researchers from the European Commission’s Joint Research Centre (JRC) studied the eating patterns of more than 43,000 areas across France, Germany and the United Kingdom (UK).

They found eating a healthier diet, based on national dietary guidelines, could substantially reduce an individual’s water footprint. This was defined as the total volume of freshwater used to produce goods consumed – in this case food.

Going vegetarian had the biggest impact on water consumption, but the researchers said simply cutting down on meat would save at least 10%. Switching to a healthy pescetarian diet, where meat is replaced with fish and pulses, would reduce water consumption by 33-35%.

By analysing detailed national food surveys, the researchers found producing one day’s worth of food for an average person in the UK takes 2757 litres of water, compared with 2929 in Germany and 3861 in France.

The JRC’s Dr Davy Vanham said while water saving measures such as taking shorter showers are well known, there is a lack of awareness about the amount of water used to produce food.

He said the main message of the research was that shifting to a healthy diet, with or without meat, is not only good for an individual’s health but also for the planet.

In their paper, published in Nature Sustainability, the researchers also detailed how individual food consumption behaviour is influenced by factors including age, gender and level of education.

In a statement, the JRC urged Europeans to switch to a diet containing less sugar, crop oils, meat and animal fats, and more vegetables and fruit.

“The average European diet is characterised by overconsumption in general, particularly of animal products,” the JRC said.

“Due to the numerous negative impacts of an intensive livestock production system on the planet’s resources and ecosystems, as well as the growing demands of non-Western countries for animal products, moving to a more resource-efficient, vegetable-rich diet in the EU is a necessity.”

Erin Riley
Tree-lined streets aren’t just nice to look at: they could be a crucial tool in fighting urban heat, according to a new report from… Read Full Paper 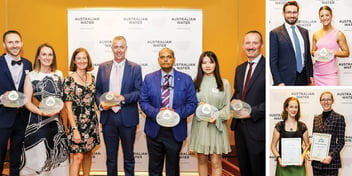