By T Hill and J Hearfield.

Sydney Water has developed an innovative video monitoring unit called SewCam. It is designed to be set and retrieved in maintenance holes as an additional tool in source detection investigations for saltwater ingress (SWI). Historically detection of SWI relies on site inspections, flow gauges, conductivity logging and CCTV to detect SWI sources. SewCam provides a method of SWI detection that is safer, faster and cheaper to operate than traditional detections methods. Since its development SewCam has been successfully used to detect SWI sources in four Sewage Pumping Station (SPS) catchments.

Sydney Water’s wastewater system is subject to SWI in areas where its sewage network is located within the intertidal zones of harbour and foreshore areas. During high tide events, saltwater enters the sewage systems via faults and cracks in the sewers, maintenance holes, designed overflows and house service lines (HSL). Sydney Water maintains 678 SPS with 87 of these having the potential to be affected by SWI.

Impacts of SWI include extra flows of 1,900ML per annum, increased network and treatment operational costs of $590,000 per annum, and SPS pumping an additional 9,500 hours per annum. High saltwater concentrations in sewage are a barrier to reuse as recycled water and sewer-mining operations while also potentially impacting effectiveness of existing treatment plant processes. SWI increases the risk of dry weather overflows to waterways during alignment of high tide ingress and peak dry weather flows.

There is increased risk of raw sewage exfiltration to waterways during low tides from “leaky” sewer assets located around foreshore catchments (Mitchell et al., 2006). Sydney Water has a strategy and decision framework for the Management of Saltwater Ingress Reduction that puts priority on source detection investigations (Thang, 2015). Historically Sydney Water has relied on site inspections, flow gauges, conductivity logging and CCTV to detect sources of SWI.

Sydney Water has developed a set and retrieve video monitoring unit called SewCam which can be deployed in maintenance holes as an additional tool in source detection investigations. This innovative piece of technology has greatly increased the speed and effectiveness of source detection of SWI for rehabilitation.

Sydney Water network operators asked internal hydrographers about the availability of a video monitoring unit capable of deployment within Sydney Water’s network assets. As nothing suitable was commercially available, a unit was developed internally.

This consisted of testing multiple cameras, some of which included infrared backlighting, cameras attached to bulky loggers, and units needing confined space entry for installation. GoPro® was selected for trial due to its high video quality, compact size and robustness. The unit was thoroughly tested in multiple locations with different mounting methods and sources of light as the GoPro® does not have an inbuilt light source. Sydney Water’s Hydrometric Operation team gathered off-the-shelf products to create a camera setup called SewCam that is robust, cost effective, and easy to use, and that operates reliably in harsh sewer environments.

SewCam is comprised of four components, as depicted in (Figure 1), which include a camera, light, batteries and housing. The unit is user friendly and easily deployed with plug and play cables. Typical installation time is 45 minutes. The unit can record footage for up to 24 hours or can take up to 10,000 still images at pre-selected intervals (Table 1).

While there are still occasions to obtain precise quantitative flow gauging and conductivity data, SewCam has proven itself to be the way forward for Sydney Water in capturing snap shot qualitative video recordings of live events within Sydney Water’s assets. Wastewater telemetry data from SPS known to be affected by SWI is used during the planning phase to estimate tidal infiltration levels. Sewer assets within affected catchments below 1m AHD are identified using geospatial data from Sydney Water’s GIS. Tidal forecasts are obtained from the Roads and Maritime Service NSW Tide predictions.

SewCam is installed by suspension from chains attached to the top of the maintenance hole (Figure 2) and (Figure 3). Video monitoring captures up to 24 hours on continuous footage, so when carried out in conjunction with a forecast high tide, can provide video evidence of SWI. Historically four techniques have been used to monitor for SWI; site inspections, flow gauging, conductivity logging and CCTV. SewCam has reduced the number of site inspections and provided Sydney Water with video monitoring of assets during high tide that were previously unsafe to access for site inspections (Figure 4). SewCam has replaced the need for short term flow gauging and conductivity logging to detect SWI. SewCam also provides better source information for future CCTV investigations if required.

Figure 2. Diagram of SewCam hanging from a chain bolted to the top of a maintenance hole (manhole). Camera is pointed towards the overflow, inlet and outlets

Typical planning, deployment, retrieval and analysis of a single SewCam monitoring event using up to four cameras takes one week with no need for confined space entries, making SewCam a safer, faster and cheaper alternative to traditional techniques.

Figure 3. Photo of SewCam deployed to monitor an overflow within a maintenance hole

Comparison of SewCam to traditional methods

Figure 5. Accessible maintenance hole on harbour foreshore. This can only be accessed during low tide as it is engulfed with tidal water at higher tides

Typically, two field technicians are required for full days to complete site inspections. By comparison SewCam can be deployed at any time when safe access is possible.

This requires two technicians to conduct confined space entries in maintenance holes to install multiple flow gauges and conductivity sensors on sewer main inlets (Figure 6). A typical catchment investigation requires multiple monitoring points for a period of four weeks of flow and conductivity monitoring to capture multiple tidal events during dry weather conditions. Analysis of these monitoring results are used to identify sewer mains within a catchment affected by SWI.

CCTV investigations are carried out on sewer mains that have been identified as being affected by SWI. This is still used following SewCam and is also used following flow and conductivity analysis or from site inspections. CCTV is used to locate the point source(s) of SWI into sewer mains for rehabilitation. CCTV is carried out when tidal heights are known to be infiltrating into sewer mains so point sources can be visible when CCTV cameras are moving through sewer mains. This can only be carried out from maintenance holes or inspection points that can be safely accessed (Figure 7). Timing this work during appropriate tidal heights is essential to effectively identify point sources of SWI. This generally results in long timelines when planning work on affected catchments to correlate appropriate tidal heights in dry weather conditions during daylight hours. A CCTV investigation costs roughly $1,500 for one sewer main during one tidal event.

Figure 8. MapInfo layer marking the maintenance hole where SWI source detection monitoring was completed for SP0011. SewCam monitoring demonstrated that SWI was entering the sewer main from the overflow structure connected to the overflow chamber and underground stormwater during peak tides above 2.0m

Source detection was carried out at the collecting maintenance hole to SP0011 (Figure 8). SewCam monitoring confirmed that SWI was entering from the overflow window (Figure 9) and the eastern sewer main is most affected by SWI. The detection of the overflow source alone is estimated at 8100KL per annum and represents 24% of SWI entering SP0011 catchment.

Source detection was undertaken at SP0108 from five maintenance holes using SewCam (Figure 10). Monitoring confirmed that the overflow weir to SP0108 was a source of SWI and that the north-eastern and south-western sewer mains are affected by SWI. The south-western sewer main is estimated to contribute around 14,000KL per annum representing 17% of total SWI. The north-eastern sewer main is estimated to contribute 9,000KL per annum and represent 11% of total SWI. Remaining SWI is therefore isolated to sewer mains directly east of SP0108 as remaining sewer mains have been eliminated based on SewCam analysis.

Source detection was undertaken at SP0208 from four maintenance holes using SewCam (Figure 11). Monitoring confirmed that the north-eastern sewer mains from SP0208 are most affected by SWI.

Source detection was undertaken at SP0117 from three maintenance holes using SewCam (Figure 13). Monitoring confirmed that the southern sewer main is most affected by SWI and eliminated two overflow weirs as SWI sources. Monitoring of one maintenance hole on the southern sewer main confirmed that SWI is isolated between SP0117 and this point. Ongoing CCTV investigation will focus on this section of sewer main in source detection investigation.

Figure 12. Still frame from SewCam footage from SP0208 maintenance hole with damaged benching. Black arrow indicates where SWI is entering from under the benching and into the channel

Figure 13. MapInfo layer marking the maintenance holes where SWI source detection monitoring was completed for SP0117. SewCam monitoring eliminated both overflows as a SWI source and confirmed that SWI is affecting the southern sewer main

Acknowledgement goes to a number of people who have worked on the development of both SewCam and the Management of Saltwater Ingress Reduction Program. None of this would have been possible without their expertise, dedication and professional approach. Zane Ke, Darren Cash, Craig Earl, Nick Sullivan, Thang Ha, Frank Vidovic, Mark McGowan, Stephen Cheung, Daniel Zhou and Kevin Lee.

Timothy Hill | Timothy has a degree in Environmental Science from Australian Catholic University. He joined Sydney Water in 2006 and has worked in analytical and field services for ten years. His focus has been around monitoring of environmental and waste waters in an assessment and reporting capacity. Timothy joined Network Services in 2016 working in Product and Business Programs and has been developing video monitoring capability to replace traditional monitoring techniques. His focus has been around the management of Saltwater Ingress, Silt, Pressure Main Contingency Planning and Emergency Response. Timothy is currently developing a program using drones for Water Sample Collection and Asset Inspections.

Jeremy Hearfield | Jeremy has a diploma of Water Operations specialising in Hydrography. He undertook a water operations trainee position with Sydney Water from 2009-2011 and has since worked as a Hydrographer. His main project roles have been the delivery of continuous monitoring of waste water assets, wet weather overflow abatement program, rainfall monitoring and special projects. Jeremy has been heavily involved with the design, construction, R&D and field rollout on the video monitoring device ‘SewCam’.

New sewer monitoring technology could spell the end of fatbergs

Water Source
Sydney Water is trialling a ‘nervous system’ for sewers that will deliver real-time information about the health of its network. Read Full Paper 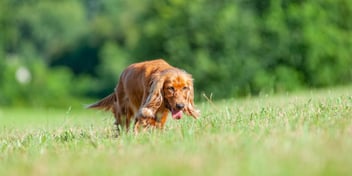