Engineers from Rice University in the US have found a way to extract pollutants from wastewater and convert them back into valuable chemicals.

Compounds like ammonia and hydrazine are great for making fertilisers and fuels, but they can be harmful once they make their way into wastewater sources.

Researchers out of Rice University in the US have found a simpler way to effectively remove these contaminants from wastewater using a rhodium-based catalyst. This work is notable as it challenges the idea that only palladium-based catalysts are effective for nitrite reduction.

“What initially launched this project was the desire to find a cheaper metal than the commonly used palladium,” said team lead Professor Michael Wong from the Department of Chemical and Biomolecular Engineering.

“While rhodium isn’t cheaper, we discovered that it can do something palladium cannot – conduct the chemistry at a higher pH level and create much more ammonia,” Wong said.

“This was new chemistry, which sparked subsequent questions, and we just continued to follow the breadcrumbs.”

Their research, published in the journal ACS Catalysis, contributes to growing interest in ammonia as an important compound for food and fuel security. Ammonia-based fertilisers are important for global food supplies, and the compound is currently garnering interest for its potential use as a source of hydrogen gas for carbon-free fuel.

Wong said producing ammonia from pollutants in wastewater could provide a more eco-friendly alternative to other methods, such as the Haber-Bosch process.

While Wong and his team don’t yet know how this chemistry can best be implemented, they are eager to explore the opportunities it presents, such as rhodium-based catalytic converter technology installed as filters in areas prone to runoff.

“I’m excited about removing nitrite, forming ammonia and hydrazine, as well as the chemistry that we figured out about how all this happens,” Wong said.

Water Source
In a boon for water security world-wide, researchers from Monash University, CSIRO and The University of Texas have discovered a… Read Full Paper 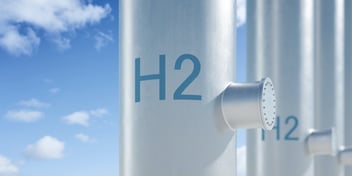 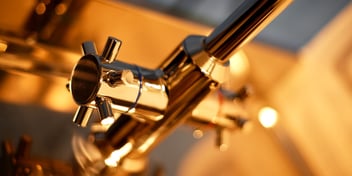