Industry may be one step closer to realising the water-energy nexus thanks to a two-year project that aims to deliver renewable energy and sustainable water supply with the help of blockchain technology.

The $8.4 million project, which has won $2.57 million in grant funding from the Federal Government, will use Power Ledger’s locally-developed blockchain ledger to integrate distributed energy and water systems in Fremantle, WA.

Power Ledger’s blockchain platform will facilitate the transactional aspect for the solar assets by managing the allocation of energy to each system, while Curtin University will carry out the research underpinning the project.

“Power Ledger’s platform will be used to track the output and input of any energy and water that is consumed or produced in the system,” Power Ledger Analyst Meagan Cojocar said.

“The blockchain trading algorithms allocate energy and water to each dwelling based on the assets’ output.

“The Power Ledger system will track energy and water simultaneously, and be able to see the correlating data. We are working closely with academia in order to use that data to produce research, allowing us to have valuable insights on the community,” Cojocar said.

According to Curtin University Professor Greg Morrison, the benefits of applying blockchain technology in this way reach beyond creating savings through efficiencies, with the application potentially transforming energy and water provision in future.

“There will be a spatial research element to our work on this project, which is not just about using the blockchain ledger, but also about considering how the system can be virtually co-located within and across cities,” he said.

Morrison said while co-location of infrastructure is understood to create huge efficiencies in terms of both energy and water production and consumption, the physical limitations to achieving this might be overcome using blockchain technology.

“Cities cannot always physically co-locate all of their infrastructure assets. But we may be able to use blockchain ledger as a way of virtually bringing these systems together,” Morrison said.

“This is where the research comes in: how do we bring these geographically separated systems together and what do we need? Applying the technology in this way is very exciting for us in terms of research.

“Regarding the water-energy nexus, the idea may become a very clear reality by doing it via a blockchain ledger. It’s yet to be confirmed, but we are looking forward to seeing the outcomes of the project.”

Morrison said while a broader application of the technology and systems being explored in the project may come up against regulatory resistance, the insight gained will help move industry towards more integrated approaches to energy and water.

“The project is not disruptive to the bigger industry objectives across the whole of WA, but it is certainly something we need to be careful about in terms of working together with industry,” Morrison said.

“Whatever happens, there will be outcomes that will be useful for both the water and energy industry. These sorts of projects are really important; they push a little bit further and help move things along.”

Cojocar added that one application may be to create more financially viable, decentralised water treatment systems in new housing developments, but that more work will need to be done before being able to apply this technology.

“In regards to water, the development site we were looking at has a water capacity limitation. Right now, onsite water treatment for a large community has not been proven to be economical. This is a barrier we need to get through,” Cojocar said.

“It is really important to us to find the synergy between energy and water, and create a model using the data that can be used not only across Fremantle and Perth, but across the country.”

Other project partners include Murdoch University, the CISCO and Data61, who will lead megatrend analysis, risk analysis, statistical forecasting and systems modelling. 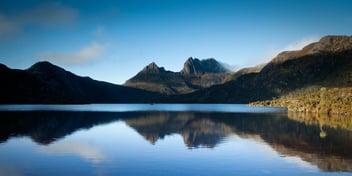 Australian water technology in the running to win global prize