An Australian innovation is set to save utilities around the world millions of dollars in sewer system management.

The advanced mathematical modelling tool, SeweX, was developed by researchers at the University of Queensland’s Advanced Water Management Centre (AWMC) following a request from the City of Gold Coast to investigate corrosion problems in its sewer pipes.

The tool describes the physical, chemical and biological processes in sewers and has so far saved the council $30 million in capital costs and stopped odour complaints from the public.

“Hydrogen sulphide is released into the atmosphere above the wastewater, causing odour problems, and is converted by sulphide-oxidising bacteria into sulphuric acid, which is corrosive to concrete sewer pipes,” he said.

“Sewer networks can include many kilometres of sewer pipes and various topographical elements, such as rising mains, gravity mains, pumping stations and manholes. It is practically difficult to physically inspect all these structures to identify corrosion issues, making modelling a more efficient and cost-effective alternative.”

The AWMC has now partnered with environmental management technology company Envirosuite to embed SeweX into the firm’s range of wastewater solutions.

The new solution enables users to:

“Sewer corrosion is not something most people think about, but it is critically important to public health and wellbeing, and is a hugely expensive problem,” Ormerod said.

“Innovations like SeweX are critically important as they help identify issues before they arise, extending the lives of sewer systems, more efficiently managing corrosion control systems, and reducing the chances of offensive odours wafting around our streets.

“Bringing tools like SeweX, which have sprung from some of the greatest academic minds in the water industry, together with our strength in technology and focus on digitising wastewater management, is hugely powerful.”

SeweX will be available in Envirosuite products early this year. 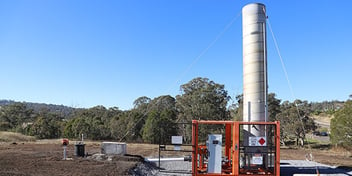