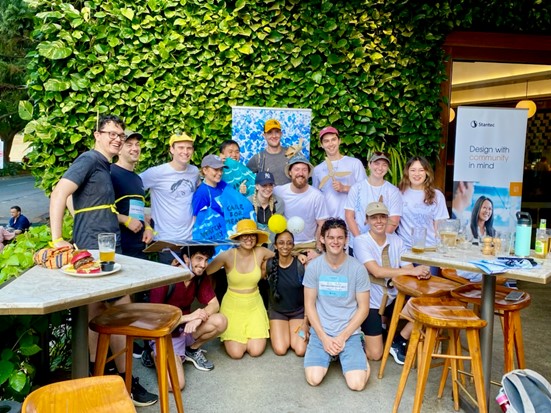 The 8th instalment of the annual AWA Queensland Amazing Race, hosted by the Young Water Professionals (YWPs), was recently run and done in the Brisbane City heat. Held during National Water Week, the ‘Race for Sustainability’ focused on how Caring for water and Country could be incorporated into urban environmental challenges.

A broad spectrum of the water industry was represented with 12 teams competing to gain the prestigious honour of being the crown champion. The participants were encouraged to think about sustainability in the lead-up to the event, by tailoring costumes and team names accordingly and during the event as the teams made their way around significant landmarks adjacent to the Brisbane River. 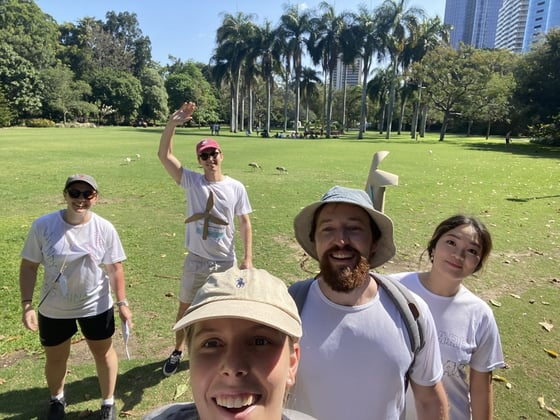 Photo submissions were a key component of the race – enjoying the greenery in the Botanic Gardens.

The Amazing Race organising committee were committed to the cause by limiting waste through an online question and answer platform, and prizes were based on reusable and recycled items. The online platform also assisted with social distancing by limiting hand-to-hand contact and encouraged the sharing of photos to the social ‘pipes’.

Engeny Water Management contributed multiple teams to this year’s event – and it was apt both major prizes went to Engeny based teams. 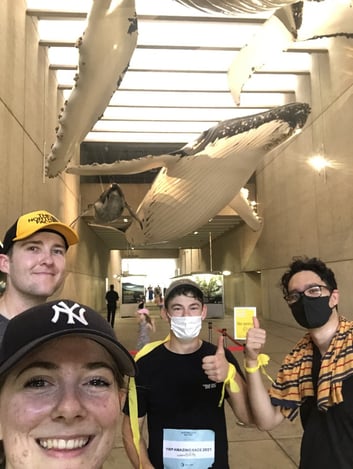 The SustainaBEElity team Having a ‘whale’ of a time during the race.

'We Are Big Fans’ were crowned the 2021 event champions, with a whopping 1100 points, which almost broke the mark set in 2019. It was believed a mix of enthusiasm for many debut participants in the team and their eagerness to network at the Pig N Whistle – West End afterwards assisted with their drive to succeed.

The other coveted award was for the best-dressed team. Judging was difficult, with many great costumes – however, it was the ‘Water Drops’ who took out the top gong by showcasing water conservation tips on their bright blue droplet outfits. 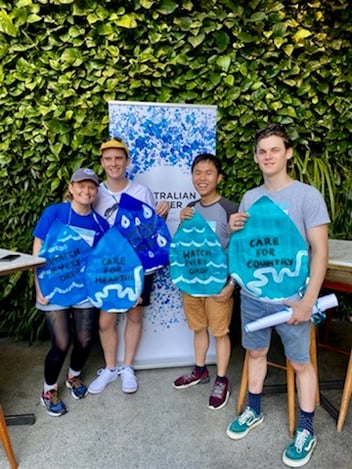 The Best Dressed Team
The Water Drops from Engeny

As the sun set at the networking event, the race tales grew longer – rumour has it that one team is already in training – be on the lookout this time next year for the next instalment.

Many thanks for the ongoing sponsorship of the event from water supporters Stantec, and the organising subcommittee Johanna Johnson, Thomas Wager, Deni Estivill, Alice Strazzabosco, Melissa Mellado-Ruiz, Suzi James, and Laurence Marano.

Queensland YWPs set out on an amazing race

Water Source
In the lead up to Ozwater’19 and the announcement of the Young Water Professional of the Year, the Australian Water Association… Read Full Paper 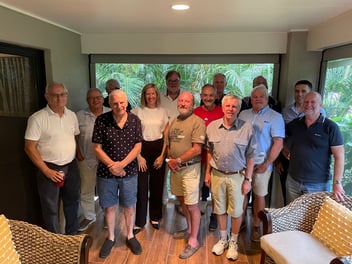