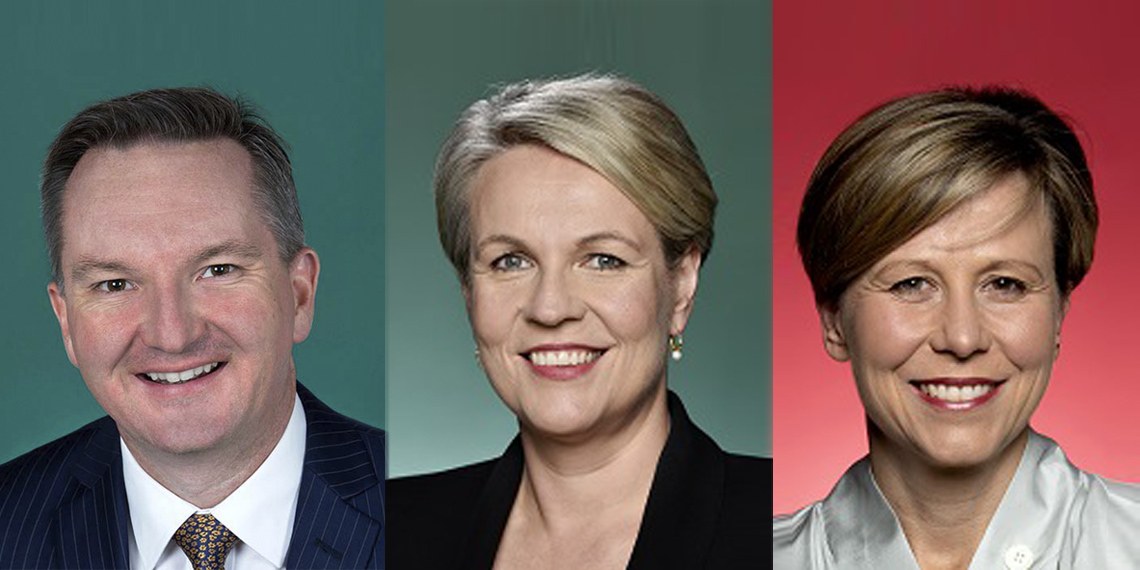 The full Ministry of the new Albanese Government was sworn in on Wednesday 1 June. One of the major changes was the newly merged Department of Climate Change, Energy, Environment and Water, with Tanya Plibersek as Minister for the Environment and Water and Chris Bowen as Minister for Climate Change and Energy. Senator Jenny McAllister has been appointed the Assistant Minister for Climate Change and Energy. Bowen is continuing in this role from his period in the shadow ministry, while Plibersek has shifted from the Education portfolio.

Plibersek expressed delight with being appointed Minister in this portfolio, saying “Australia is lucky to be home to the most beautiful natural environments in the world, which we need to protect and preserve for future generations.”

Plibersek spoke of her enthusiasm to build on the work of previous Labor governments when it comes to the environment, citing the establishment of Landcare, the creation of the Great Barrier Reef Marine Park and the protection of Antarctica, the Franklin River, the Daintree, Kakadu and the Tasmanian World Heritage Area.

“As minister for the Environment and Water I intend to build on this legacy,” she said.

Plibersek is one of a record ten women in the 23-person cabinet, with 13 in the entire ministry. The ministry also features the first two people of Islamic faith to be on a government front bench, Anne Aly and Ed Husic.

Labor went to the election with a promise to establish an independent environment protection agency that would work to enforce national conservation laws, as well as promising to maintain the previous Government’s stance against UNESCO placing the Great Barrier Reef on its world heritage status “in danger” list. Labor has a stated 43% target for 2030 emissions.

Bowen was previously the Minister for Immigration and Citizenship and Treasurer in the Rudd/Gillard Government. His appointment marks the first time since 2013 that Australia will have a formal “Minister for Climate Change” in the Federal Government.

Senator McAllister has expressed her deep interest in the areas of climate change and the environment. She has highlighted limiting climate change and protecting Australia’s natural heritage as a priority for her going forward in her role.

While Labor has secured a majority government in the House of Representatives, it is likely it will require support from the diverse crossbench in the Senate, which appears to be comprised of 12 Greens Senators, three independents in Jacquie Lambie, Tammy Tyrrell and David Pocock, and two One Nation Senators. With a large number of “teal” independents winning seats in the Lower House campaigning around prioritising action on climate change, the environment will likely be a key and closely watched policy area over the term of this Parliament.

What does the future of urban wastewater hold?

Ruth Cooper
Natural resources management (NRM) in South Australia is going “back to basics”, with the State Government planning to scrap the… Read Full Paper

A River with a City Problem

Water Source
The book “A River with a City Problem” is a fascinating read and as a water professional this book truly resonated with me. In a… Read Full Paper
Advertising