Contention over the water security of Rockhampton and central Queensland has erupted following a leaked report citing the region’s vulnerability during drought.

Commissioned by the Gladstone Area Water Board (GAWB), the Lower Fitzroy River Infrastructure Project report suggests that a multi-year drought would necessitate a $500 million water transport program, unless funding is provided for the Rookwood Weir construction.

Minister for Northern Australia Senator Matt Canavan acted by urging the Queensland Government to respond to the assessments made in the report, with a plan to secure the region’s water supply.

"State governments have always had the responsibility to maintain reliable water supplies to Australian towns,” Canavan stated, in a letter to government, as reported by The Bulletin.

"I am concerned at reports that the business case on the Rookwood Weir, that has been delivered to your government, shows that Rockhampton could be at risk of running out of water in the event of a single failed wet season.

"I would appreciate if you urgently clarify what your government is doing to respond to the risk of Rockhampton running out of water.”

Queensland Minister for Water Mark Bailey said the State Government cannot finalise the project’s business case until it receives a written Rookwood funding response from the Prime Minister’s office, which is responsible for the Rookwood Weir funding.

"You do a business case for a large piece of infrastructure like Rookwood Weir, you've got to be careful that it is financially viable and that the demand is there for it because the liabilities then go through many generations,” he said.

"This was actually mentioned in the GAWB report about the varying levels of federal contribution that will affect the business case.”

And while questions regarding the Federal Government’s delayed response are being posed, Rockhampton Regional Council has moved to allay fears regarding the region’s water security, stating that the Barrage storage holds enough water to see the region through drought.

"With the above typical level of annual water demand, Rockhampton has a good level of water security with the risk of a water supply failure occurring only about once in 108 years even with no water restrictions implemented,” a council spokesperson told The Bulletin.

The spokesperson said the Barrage storage holds more than 74GL and each year council typically uses 20 to 22GL of the river water.

"If required, Rockhampton Regional Council can implement water restrictions, which means that our water security, at this level of water demand, is even higher by ensuring that we use less water and make the available water supply last longer.

"At the current Barrage storage level and with the ability to implement water restrictions if required, Rockhampton's water supply is expected to last more than one failed wet season.”

The council reiterated that, despite the potential for drought to affect water supplies, it does not believe a water transport program would be necessary in the event of a failed wet season.

"At this current time there is no foreseeable likelihood that B-doubles will need to be deployed in order maintain a supply of water in Rockhampton,” it added.

Elle Hardy
Barwon Water is working with the community, stakeholders and regional leaders to gather ideas and develop a community vision for… Read Full Paper 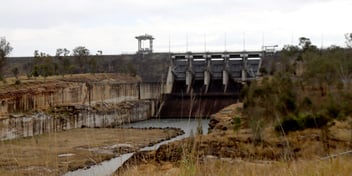 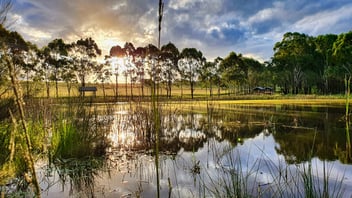