With demand for water expected to grow by 55% between 2000 and 2050, competition between countries over limited water resources will be one of the main challenges facing the world in the coming decades.

Increasing water scarcity could lead to political tension, regional instability and social unrest, particularly around shared water resources. A new study has mapped where this is most likely to happen.

Researchers from the European Commission’s Joint Research Centre (JRC) analysed past “hydro-political interactions” – instances of conflict and cooperation over water resources – in international river basins to identify where water conflict is likely to emerge around the world.

They found the Nile, Ganges-Brahmaputra, Indus, Tigris-Euphrates and Colorado rivers were “hotspots” where water conflict was most likely to occur.

These areas are already under water stress, and future demographic and climatic conditions are expected to put more pressure on already scarce resources.

Lead author of the study Fabio Farinosi said the scope of the research was two-fold.

“First, we wanted to highlight the factors that led to either political cooperation or tensions in transboundary river basins,” he said.

“Second, we wanted to map and monitor the likelihood of these kinds of interactions over space and time and under changing socioeconomic conditions.”

While the study found the combined effects of climate change and population growth could increase water-related interactions in transboundary river basins by up to 95%, Farinosi said this doesn’t need to lead to conflict.

He said the index and model created by his team, which identify areas at risk of hydro-political conflicts, could help policy makers implement strategies that encourage cooperation before disagreements occur.

“This does not mean that each case will result in a conflict. It depends on how well prepared and equipped the countries are to cooperate,” he said.

“This is where we hope our research can help, by raising the awareness of the risks so that solutions can be sought.”

The study comes in the wake of a landmark United Nations report into climate change, which warned the world has just 12 years to limit global warming in order to avoid extreme heat, drought, floods and poverty.

In a statement, the JRC said the study would inform the European Union’s work on water diplomacy and transboundary management. 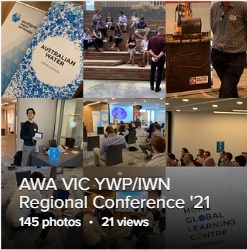 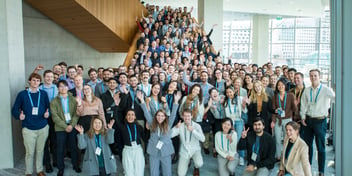