Offering a sombre reminder of the world’s plastic pollution problem, the Great Pacific Garbage Patch – a moving ball of discarded plastics in the north Pacific Ocean – has been found to contain 16 times more waste than previous surveys detected.

Conducting what scientists called the most comprehensive study of the patch’s size to date, researchers used drag netting and visual surveys from boats and aeroplanes to estimate pollution across 1.6 million square kilometres, a size comparable to that of Queensland.

Ocean Cleanup Foundation Oceanographer and lead researcher Laurent Lebreton told ABC Online the garbage patch, which carries more than 78,000 tonnes of plastic, was growing exponentially and has been boosted by debris from the Japanese tsunami in 2011.

"Plastic concentration has been increasing exponentially since the 1970s for different reasons. We found about 30% of the identifiable objects were likely coming from Japan," Lebreton said.

"We correlated that with our model and we looked at estimates from the Japanese Government in terms of how much they think was washed to sea that day, and we predict that about 10-20% of the materials post-2011 in the larger size class came from the tsunami."

"We saw that the surface area sampled by our trawls was not really large enough to be representative of the contribution of the bigger debris," he said.

"[So] we decided … to conduct an aerial expedition above the patch. We collected about 7000 images [from the plane] and that helped us to calculate the contribution of larger debris such as ghost nets."

"When you're comparing aerial surveys that are looking at ghost nets with estimates that are all focused on floating plastics, we're not really making the same comparison. Ghost nets weigh so much more than all those little tiny bits and pieces and fragments,” she said.

Hardesty said the results have also heightened concerns around the urgent need to tackle water pollution head on.

"Whether you're focusing on count or mass, it is alarming, and we all recognise that this is an increasing global project and it's going to take local solutions as well as global governance to help resolve the issues," she said.

"We need to deal with this before it enters the ocean rather than when it's out in the middle of the ocean."

Cecilia Harris
Water Corporation will be overseeing a two year investigation of gross pollutant traps (GPT) at Herdsman Lake, one of Perth’s most… Read Full Paper 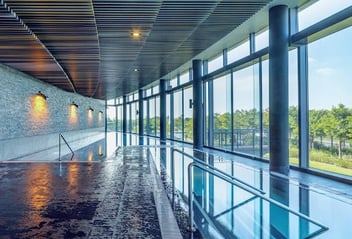 Christoper Lee
While Australia’s borders are currently closed, the Victorian YWPs have thought outside the box with a pilot International Showcase… Read Full Paper
Advertising