Australia as a whole has been flatlining on SDG 13

With total greenhouse gas emissions roughly unchanged from 2000 to 2017, Australia was 'off track' to meeting SDG 13: Climate Action by 2030 at November 2019. With the bushfires exacerbating emissions, followed by the sharp reduction in commercial and industrial activity related to COVID-19, our more recent emissions trajectory is hard to predict.

The project is supported by expert insight to assist in interpreting and explaining the data. They have added an indicator (total greenhouse gas emissions) to reflect target 13.2 ‘Integrate climate change measures into national policies, strategies and planning’. Australia’s performance on this SDG 13 indicator is denoted ‘off track’ in that total greenhouse gas emissions are roughly the same in 2017 (554Mt) as they were in 2000 (551Mt).

According to the Climate Council, Australia’s share of the remaining global carbon budget is about 5,500 metric tonnes of carbon dioxide equivalent (MtCO2e). At the current annual rate of emissions, Australia will exhaust their share of the global carbon budget by 2030. Since 1990, annual emissions have been reduced due to a slowing in land use change. However, these emissions reductions have been countered by emissions increases, most notably from electricity, transport and fugitive emissions.

Substantial work is being done to improve our understanding of the carbon budget and inform investments in emissions mitigation. Hosted by CSIRO and funded by the National Environmental Science Program, the Earth Systems and Climate Change Hub is developing an Australian Carbon Budget and contributing to the Global Carbon Project.

Australia’s National Greenhouse Accounts report electricity, gas and water combined, accounting for 38% national carbon dioxide emissions in 2017 (risen from 25% in 1990). Detailed reports provide information on how specific emissions, for example, from wastewater treatment, have been estimated. Greenhouse emissions are categorised by the National Greenhouse Energy Reporting Scheme according to whether they are direct, indirect or generated in the wider economy - scope 1, 2 or 3.

Victoria’s Statement of Obligations (emissions reduction), signed in March 2018 under the Water Industry Act 1994, calls for 42% emissions reduction in the water sector by 2025 as an interim step to meeting the State’s commitment to net zero emissions by 2050. Detailed targets are specified for each of Victoria’s 19 water authorities, indicating a reduction from 868,800 tonnes of carbon dioxide equivalent (tCO2e) in the baseline period of 2011 to 2016, to 504,828 tCO2e by 1 July 2025. Victoria’s Zero Emissions Water initiative forms part of the activity meeting this emissions reduction pledge.

This article is from the AWA Sustainable Development Goals Specialist Network’s April 2020 newsletter. To join the SDG network please add us to your member profile. Other articles from the April newsletter can be read via the links below.

Meeting SDG 6 and SDG 13 targets together 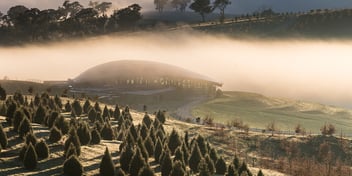 Cecilia Harris
Icon Water is on its way to net zero by 2045 with the recent release of its eMission Possible Plan, outlining the utility’s… Read Full Paper
Advertising