Geological testing for a potential cable car on kunanyi/Mt Wellington could pose a significant threat to Hobart’s water sustainability, according to Hobart City Council.

The council has raised concerns about the potential threat site assessments pose to 25% of Hobart’s water supply in a submission to the Tasmanian Government.

Hobart City Council argued that the activity has the potential to negatively impact the natural and cultural value of the land, as well as the council’s assets.

“Given kunanyi/Mt Wellington contributes up to 25% of the city’s water into TasWater’s networks, it is not clear how any impacts of geotechnical testing in the water catchment will be managed,” the submission stated.

Hobart City Council also expressed concern that the definition of the project was too broad and would allow for further development on the mountain.

A recent Sunday Tasmanian/Mercury ReachTEL poll found a majority of people were in favour of a cable car, and the Tourism Industry Council said the government’s draft legislation would streamline land access issues for the developer.

“The experience on the mountain is perhaps best summed up as one of the world’s best views, experienced from Third World infrastructure,” the Tourism Industry Council submission stated.

Minister for State Growth Matthew Groom said submissions would be considered ahead of the Bill being brought to Parliament later this year.

Interested in learning more about water sustainability in Tasmania? The Tasmanian State Conference is happening on 24 August. Click here to learn more and register.

Water Source
The winners of the Australian Water Association's Tasmanian Water Awards have been announced at the Awards Breakfast on Thursday,… Read Full Paper 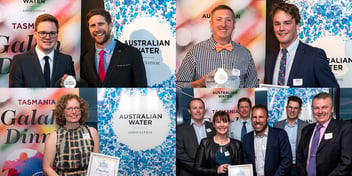