Mining may be putting Sydney’s drinking water at risk

Flows from Sydney’s drinking water catchment are being increasingly depleted by mining operations, according to a recent audit.

Tabled in NSW Parliament this month, the 2016 Audit of the Sydney Water Drinking Catchment found reduced water availability in the 16,000km² catchment compared to 2013.

Sydney’s main reservoir, Lake Burragorang, was among areas with the poorest results for surface flows.

The audit has raised concern among experts, with National Parks Association Mining Projects Officer Peter Turner telling SMH the audit "paints a picture of a catchment under pressure and continuing to be damaged by coal mining".

The revelations have added to existing concerns over the region's mining operations.

This month, the Supreme Court ruled invalid the NSW Government’s approval of the extension of the Springvale coal mine. The ruling was due to untreated waste being pumped by the coal mine into the Coxs River, which flows into Lake Burragorang – an area accounting for up to 80% of Sydney's water.

Water that flows from the catchment has declined in quality over the past two decades, with rising nitrogen and falling dissolved oxygen found to be linked to mining operations.

"Worsening salinity at a time when the lake is full points to long-term catchment decline," Associate Professor at the University of NSW’s School of Civil and Environmental Engineering said.

"This means that the salt and nitrogen contamination reflects increasing emissions from other sources such as mining and agriculture.

"By allowing nitrogen concentrations to gradually increase, we are setting ourselves up for the risk of more large-scale [bacterial] bloom events in the future," he said.

Furthermore, research recommended into the connectivity of surface and groundwater from a 2010 audit – research that had been identified as underway three years later – couldn't be found.

"[N]o published results could be located either in the public domain or through communications with key personnel within DPI Water and WaterNSW," the 2016 report stated.

Greens NSW MP Mehreen Faruqi said longwall coal mining in Sydney's catchment should no longer be allowed in light of the audit’s findings.

"Streams nearby these mines have gone from gaining groundwater to now losing it, which is having significant impacts on their flows and environmental outcomes for wetlands," Faruqi said.

"It's pretty disappointing that this audit was tabled with no explanation or notification to stakeholders. Surely issues such as drinking water, which impacts everyone, deserve more transparency.” 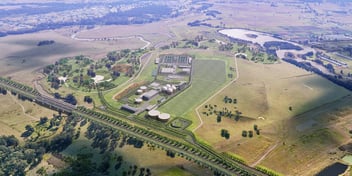