Detection methods for faecal contamination events: The gap for Australia

Testing for the detection of human faecal indicator bacteria upon beaches and other bathing waters occurs routinely across Europe and the United States.

Australia does not, as yet, carry out this sampling protocol. With the prospect of inevitable population growth and influx of tourists to recreational water bodies, testing could become a requirement to prevent the outbreak of respiratory and/or potentially fatal gastrointestinal illnesses. Current Escherichia coli detection methods are typically laborious, laboratory-based methods requiring up to 48 hours before the results are obtained.

This is clearly insufficient, and researchers have recently geared efforts towards the development of rapid methods. The advent of new technologies, in the form of sensors, has brought about promising approaches. This review not only offers an overview of the trends in pathogen detection but also describes the current main techniques and traditional methods along with recent developments in the field of pathogenic bacteria detection.

The detection of faecal contamination in natural waters is essential to the users of these water bodies. Faecal contamination occurs from wildlife, domestic animals, stock and human sources which can lead to the outbreak of waterborne diseases such as gastroenteritis or respiratory infections caused by pathogenic microorganisms.1

The population groups at greatest risk from serious health complications from these waterborne diseases are the very young, the elderly and the immunocompromised.1-3 The range of faecal matter-derived microorganisms found in water bodies is diverse and includes both pathogenic and nonpathogenic organisms. Waterborne indicator organisms and their significance to human health are listed by the National Health and Medical Research Council (NHMRC) Table 1.4

While numerous studies are conducted using viral detection methods, bacterial indicators are frequently examined using methods including: culturing techniques, genomics and proteomics.7, 8 Of the numerous bacterial coliforms, E. coli is described as a specific indicator for faecal contamination as some coliforms are not faecal in origin. Improved methods for the detection of E. coli also allow for increased specificity.9 Where sanitary risk is of concern, E. coli is an appropriate indicator for contaminated waters because it is the most abundant of the coliform group in mammalian faeces.10-12 Janezic et al.13 and GarciaArmisen et al.14 state that E. coli is the preferred faecal indicator organism as it is always linked to faecal contamination from homoeothermic animals.

Conventional detection methods are most commonly used despite the long turnaround times, owing to their high selectivity and high sensitivity responses. Biosensors have the potential to shorten these turnaround times between the sample uptake and results. The future development of biosensors for faecal contamination will be in reaching sensitivity and selectivity comparable to conventional methods at a fraction of the cost.

Pathogenic detection is an area of growing importance, primarily for health and safety reasons. A web of science search consisting of over 25,000 papers indicates the following areas to be relevant to pathogenic organism detection (Figure 1).

The main areas of pathogenic detection research have been categorised in the following areas: defence and security (1%), food safety (11%), clinical (8%), water and environmental (59%), and new and emerging other (21%). Bacterial indicators of water quality have routinely been used since the late 1800s when water contamination was linked to illness and high infant mortality rates, particularly in low socio-economic areas.9, 15

Current methodologies for bacterial detection vary greatly from growth on media to molecular techniques. Gene sequencing through amplification using polymerase chain reactions (PCR) and the use of many chemical properties such as chromogenic, fluorogenic or enzymatic reactions supplement current methodologies.

In the litmus lactose agar detection method, the acid produced in the digestion of lactose changes the pH and therefore the colour of the agar, and is used as a diagnostic test for enumeration of E. Coli. This process is known as the Wurtz method.9

Culturing on media is time consuming; sample collection, laboratory-based serial dilutions and an additional 24-hour time frame for growth in no way provides the rapid determination of the presence of faecal coliform contamination required for the notification of the public for use of natural waters.16

Multiple Tube Fermenting (MTF) techniques have been used for over 90 years for the detection of bacteria. On its own, MTF is a slow process, taking 48 hours for a presumptive reaction relying on gas or acid production or growth, plus a possible further 48 hours if subculturing is required.17

Membrane filtration (MF) is the process of passing a water sample through an ultra-fine filter (0.45 µm) to trap bacterial cells. The filter is then placed in growth/detection media, agar or broth, and relies on either visible colonies or the detection of fluorogenic or chromogenic active enzyme markers.18 Studies describe this technique as time consuming, producing results that are difficult to interpret19 with a long time required for incubation. The detection of both slow growing and viable but non-culturable organisms (VBNC) is also limited.17

MTF and MF based on the detection of B-GUD activity has been approved by the United States Environmental Protection Agency (US EPA)14 and is widely used in the analysis of samples for water quality testing in both North America and Europe.10

Falling into this category is PCR, a method of amplifying or copying a particular region of DNA.21 This is an established area of microbe detection that has been extensively studied (Table 2), however the best type of genetic material to use, DNA or RNA, is debatable, as is the target gene. A number of studies use different genes for detection, with some of the common sequences used displayed in Table 2.

Another recent advancement in molecular detection was from the 1980s called fluorescence in-situ hybridisation (FISH). FISH is a nonPCR molecular method to identify microorganisms by either DNA or RNA using specific probes built from and complementing the target nucleic acid sequences.27

Immunological detection methods for E.coli use specific antibody/antigen recognition with either polyclonal or monoclonal antibodies depending upon the specificity of the target organism.17, 28

An advantage of this method is that VBNC organisms are still detected, these are important because these non-culturable bacteria do not grow colonies, but may still be pathogenic.29

Immunological antigen-antibody techniques have also been used with enzyme-linked immunosorbent based assays (ELISA), however, results have shown this method to lack sensitivity, and a pre-cultivation of the sample is required to boost the cell count, which takes 24 hours.17 ELISA is a useful technique, though due to the low sensitivity without a culture stage, use for rapid in situ detection of waterborne coliforms is limited.

The most rapid detection of specific bacteria species comes from the biochemical properties of the organism itself. β-D-glucuronidase, along with the β-D-galactosidase (BGAL), enzymes involved in the breakdown of carbohydrates, are frequently used in conjunction with other techniques for E. coli detection.

The tests shown in Table 3 include stains that react with particular bacterial cell walls, pH indicator dyes, enzymatic reactions and measures of motility.

Another biochemical test involves analysing for adenosine triphosphate (ATP), a molecule found in the cells of all living organisms, used in cellular metabolism. To measure microbial content of a water sample, the ATP is released into the sample by lysing the cells in the solution. ATP reacts with the catalyst luciferase, breaking down the ATP molecule to release a photon of light.25 This process is only an indicator of bacterial load, and gives no information of the particular species present, so could be useful in preliminary water quality testing.

Light production produced by cleaving of a high energy compound by a specific enzyme is known as chemiluminescence.4 1,2-dioxetane compounds produce chemiluminescence by reaction with BGAL and BGUD, and are useful for E.coli detection. This reaction provides analytical results in less than an hour and results in a detection limit of between 100 and 1000 E.coli cells per 100 mL. A sensitivity detection limit in this range does not provide suitable sensitivity for water for human consumption, nor for recreational waters.4

One issue with the use of chromogenic enzyme substrates as indicated in literature is the effect phenolic compounds have on enzyme based substrates.

The above listed chromogenic enzyme substrates (ONPG, CPRG, PNPG and XGLU) are all phenolic compounds.30

Phenols can appear in natural waterways from sources including pesticides, wood preservatives, dyes and from industrial processes such as petroleum refining, pulp processing and leather tanning.30

Fluorogenic enzyme substrates are non-fluorescent substrates which when reacted with certain enzymes produce fluorescent products. These in turn can identify organisms containing the specific enzyme present.10 The most frequently used substrate in the detection of BGUD is 4-methyl-umbelliferone-β-Dglucuronide (MUG).17, 19, 32, 33

Unfortunately, for non-fluorescent detection methods E.coli is not the only microorganism to produce BGUD. Others include: some Shigella and Salmonella strains, Yersinia, Flavobacterium species, Bacteriodes species, Staphylococcus species, Streptococcus species and Clostridium species.32, 34-36

Several fresh and marine water algal species also express BGUD activity, which may provide false-positive results particularly if algal blooms are present.32 To reduce the number of false-positive indications from non-target bacteria, the media will contain inhibitors. These inhibitors will hinder the growth of gram-positive bacteria and may include the BGAL enzyme substrate to further eliminate specific BGUD positive species such as Shigella and Salmonella. 37

Extensive research into microbial detection as a water quality indicator is evident. It is also clear that the time required for traditional culture methods, at 24 to 48 hours, is not acceptable for rapid assessment of faecal contamination in recreational waters for human health and safety.

Using genomic and biochemical characteristics of E. coli to provide a rapid detection method is an important research topic requiring further investigation. Additionally, it is important to have a detection system which is both portable and affordable. In comparison to North America and Europe, Australia generally has very good water quality with routine testing not performed as extensively.

However, with the expected expansion of population growth and increases in volume and relative ease of tourism, natural water bodies are becoming more popular with bathers.

Dr Amie Anastasi | Amie is a lecturer of permaculture at CQUniversity. She obtained her PhD in 2015 and has since worked as a research fellow and now lecturer in the School of Medical and Applied Sciences.

Dr Aoife Power | Aoife is a lecturer of chemistry at CQUniversity and works in the school of medical and applied sciences. She has been at the university for 2 years since moving from Ireland. Aoife’s research interests are in analytical and materials chemistry.

Dr Shaneel Chandra | Shaneel is a lecturer of chemistry at CQUniversity. He joined the university in November 2015 from University South Pacific. His research interests are in electrochemistry and sensors.

Salina Cosford | Salina is a research assistant and group member of Dr James Chapman’s innovative biomaterials group at CQUniversity. She is currently reading a Bachelor of Science degree at the university and conducts research in the school of medical and applied sciences.

James Chapman | James is currently the group leader of the innovative biomaterials group at CQUniversity (www. brainybiomaterials.com). He is also the discipline leader for Chemistry and Senior Lecturer in the School of Health, Medical and Applied Sciences. His research portfolio centres on nanotechnology in water research, antifouling materials and design of sensors for applied monitoring parameters. He is also a proponent of STEM excellence through engaged research activities with teachers, educators and students in Australia and internationally. 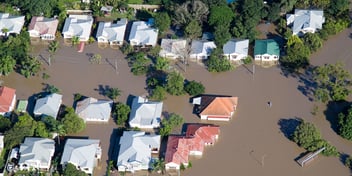 Water Source
As concerns about PFAS contamination spread around the country, the problem is not confined to drinking water sources and the… Read Full Paper
Advertising