More than 450 Queensland residents have filed a class action lawsuit seeking compensation from the Department of Defence following water contamination from the Oakey RAAF base.

It’s estimated that more than 4000 residents have been affected by PFOS and PFOA groundwater contamination caused by firefighting foams used at the regional Queensland base.

Following on from the Williamstown class action last year, the Oakey class action, conducted by Shine Lawyers, has been filed to the Federal Court of Australia.

Oakey residents have been found to have blood chemical levels 44 times higher than the national average, and Shannon said Shine Lawyers will seek damages for compensation.

"This action and the Williamstown action will pave the way to justice for those communities that have suffered," Shannon said.

"In Oakey hundreds of innocent families have been – and continue to be – exposed. The community has suffered under this cloud of water contamination for years with no end in sight until now.”

Although he couldn’t specify the amount, Shannon said a valuer will consult with experts over the course of the trial to determine the number.

"From my experience I would be surprised if it was less than $200 million – something to that effect, but I don't want to pre-empt the valuer's domain."

The Oakey class action is the latest movement in a string of groundwater contamination concerns around Australia.

"There is no question that this will continue to build as the scientific evidence about the dangers of PFOS and PFOA mounts," Shannon said.

"Rather than drag this on, defence needs to do the right thing and take action to help the families and businesses impacted by its contamination." 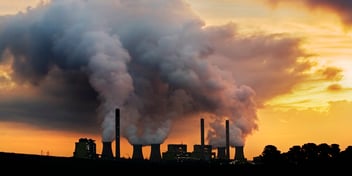 Cecilia Harris
Many estuaries across Australia are at increased risk of contamination by metals, particularly mercury, from nearby coal-fired… Read Full Paper

Detection methods for faecal contamination events: The gap for Australia