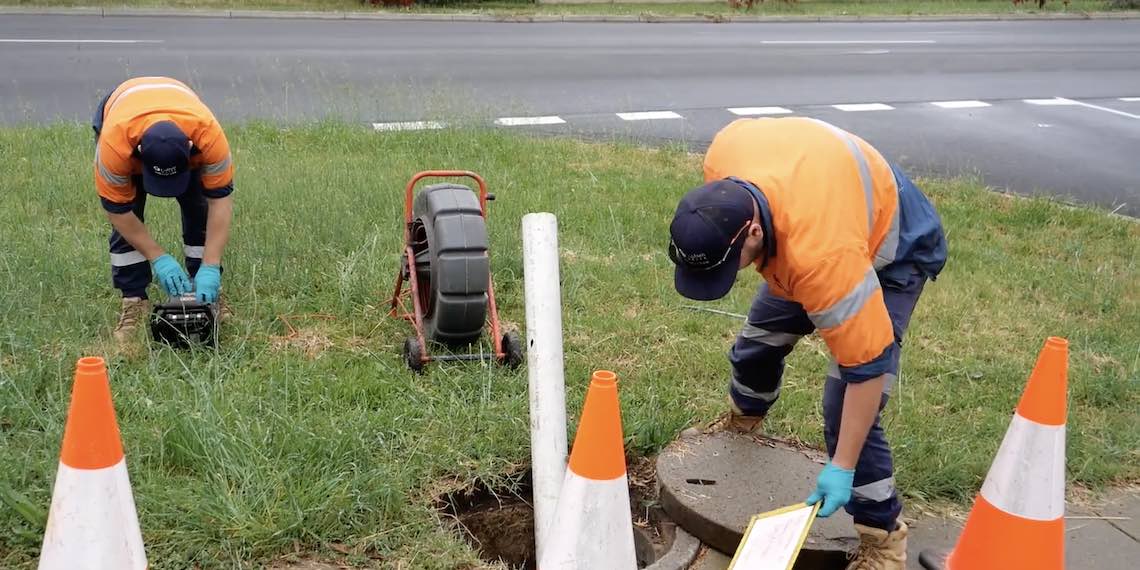 Coliban Water’s long-term sewer maintenance and preventative cleaning program — Stop the Block — has proven to be a marked success, with the utility reporting record-low sewer blockages for the past year.

Launched in 2016, the Stop the Block campaign has received increasing funding. Now receiving more than $1 million each year, it has the aim of improving sewer performance and reducing service interruptions and overflows.

Coliban Water Executive General Manager Service Delivery Danny McLean said the utility has achieved a 70% reduction in blockages since the program began, resulting in reduced impacts to communities and the environment.

“The 70% reduction means more than 3800 blockages have been avoided in the last seven years. This is a huge reduction in customer and environmental impacts. It’s also saving customers’ money on reactive sewer repairs and clean-up costs. That’s a real win for the community.”

“We have been utilising closed circuit television (CCTV) to assess the condition of around 3500 poor performing sewer mains throughout our region, which provides accurate information to drive our renewals program,” he said.

In 2020–2021, approximately 600 sewer maintenance holes were inspected across the region and a total of 40 sections of sewer main were renewed, equivalent to 1.9 km.

McLean said sewer blockages can be caused by tree roots, but the non-flushable items that people flush down the toilet increases the risk of blockages, with this issue assisted by the utility’s "Bin it, don’t flush it" community education campaign.

“We want to thank the public for their efforts to only put the three Ps down the toilet — pee, poo and toilet paper — but there is still a long way to go,” he said.

McLean said the program also helps to minimise impacts on the environment, and contributes towards the utility’s Strategy 2030, including its commitment to environmental protection.

“Carrying out this significant program not only means fewer sewer blockages and spills, it minimises our impact on the environment and saves customers and the organisation money in responding to spills,” he said.

“This reduction in blockage rates now brings Coliban Water in line with other Victorian water authorities and helps us work towards our Strategy 2030 goals of a cleaner environment and healthier communities.

“Our environment and sustainability policy commits us to seek the highest possible standards of environmental performance, as well as ensure the protection of waters influenced by our operations and these reductions help us meet those objectives.”