Civil engineer and Water Directorate Executive Officer Gary Mitchell has worked on some iconic water and sewerage projects in New South Wales (NSW) during his nearly 50-year career. As he prepares for retirement, he says the thrill of seeing concrete being poured still hasn’t worn off.

An interest in dams and bridges led Mitchell to engineering and a cadetship with Sydney Water in 1971. He spent 27 years with the utility before joining the newly formed Water Directorate in 1999. The Directorate is an independent organisation that provides its members – NSW local council water utilities – with technical advice about their water and sewerage operations.

Mitchell, who will be recognised at the upcoming AWA NSW Legends of Water 2018 evening, led the Directorate from its startup phase to today, where it counts 86 of NSW’s 89 local water utilities as members.

He said the organisation is particularly helpful for smaller councils in the far west of NSW, which generally have fewer resources and a smaller rate base than their coastal counterparts.

“We were set up after the Public Works Department, which used to provide council water utilities with consistent standards and guidelines, was almost completely abolished in the mid-90s,” Mitchell said.

“There are a lot of large councils on the coast that are well resourced and have big populations … The smaller councils suffer a bit with resources, so the Water Directorate is able to provide them with information.”

While the Directorate is mainly focused on producing technical documents, during the Millennium Drought it partnered with Local Government NSW to implement a water loss management program. They got funding from the Federal Government to employ specialists to travel the state and monitor water pipe flows in an attempt to find hidden water leaks.

“About 75 councils got involved … It surpassed the number we assumed would participate and how much water would be saved,” Mitchell said.

“It was something different from the usual manuals and guidelines that we do, and it was quite a big achievement.”

Looking back, Mitchell said seeing real-world projects like this succeed has been a highlight of his career.

While at Sydney Water, he oversaw the odour scrubbing plant at Malabar Wastewater Treatment Plant. At the same time, deep ocean outfalls, which take treated effluent three kilometres out to sea rather than releasing it directly into the ocean, were being constructed at Malabar, Bondi and North Head. This was a major feat of engineering, and Mitchell said he still remembers the instant effect the outfall had.

“On the commissioning day we all went out to the cliff at Boora Point… There had always been a dark plume on the ocean and this drifted off like a cloud when they changed to the deep ocean outfall,” he said.

“It was a massive project that Sydney Water undertook and it was great to be involved in, especially after being in the Malabar and Bondi groups while in the Design Branch 13 years earlier. The deep ocean outfalls definitely cleaned up Sydney’s beaches.”

Mitchell was also part of the Clean Waterways program, which was a 20-year initiative to get Sydney ready to host the olympics in 2000, as well as helping to put sewers in areas of Sydney that were still on septic tanks in the 70s.

“I really enjoyed my six years in construction, where you could see something actually built,” he said.

“In the 70s and 80s, there was a lot of land development. It was a golden age in engineering [and] Sydney Water was catching up with existing suburbs around Sydney that weren’t sewered, as well as the new subdivisions being built.”

During his half a century in water, Mitchell said he has seen the public take a greater interest in the sector.

“Fifty years ago it wasn’t even called the water industry; it was just a public utility that people took for granted,” he said.

“Now, there’s a greater awareness and people are more considerate of water saving and not wasting water.”

As Mitchell looks forward to retirement next year, he said the main advice he has for those starting out in the water industry is to take advantage of the opportunities that come along.

“I know it’s not easy to do, but try and make your way onto a big project that’s quite interesting,” he said.

“I was fortunate to be involved in projects that led to cleaner beaches, cleaner rivers and better public health … I’m very proud that as a 17-year-old I chose to be a civil engineer and I chose the water industry. I’ve been very happy with that choice.”

Gary Mitchell will be recognised at the 2018 NSW Legends of Water event alongside Sydney Water Managing Director Kevin Young and UTS Institute for Sustainable Futures Distinguished Professor and Deputy Director Cynthia Mitchell. To learn more and to register, click here.

Water Source
Goulburn Valley Water (GVW) has welcomed three new directors to its Board, with the appointments expected to help the water… Read Full Paper 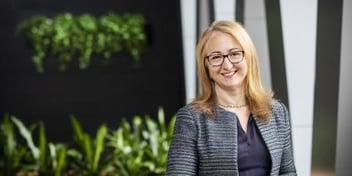