Mentors and mentees can take time to click at first, however, working together to create open and reciprocal channels of communication can ultimately result in a fulfilling experience for both. Luc and Sharna met about three years ago at an AWA speed-mentoring and networking event, and while the introduction was brief, the two have since worked together to build a productive relationship that has stood the test of time, and which sees them still remain in regular contact.

I’m originally from Holland, and started my career as a process engineer in the wastewater industry. Even before I lived in Australia, I was already quite a fan of the AWA – I was already attending and speaking at events, especially those hosted by the local branch here in Perth, to present my former company’s technologies to the Australian market.

I met Sharna at an AWA mentoring event around three years ago. It was almost like a mentoring speed-dating set-up, where everyone had to write up a little profile, and then based on those profiles the AWA team made some potential matches, and those mentoring couples were to then meet in person, and to have a chat to see if they clicked personally.

Initially I wasn’t sure if it was going to last, as it was very hard for Sharna and myself to meet up in person, and it wasn’t flowing quite so well. I wasn’t sure if the mentoring relationship was actually going to survive. I was also mentoring another person, and I thought that relationship would make it through. Surprisingly, the opposite happened. That was a great experience for me, and also a learning curve.

Networking is definitely a topic that has come up with Sharna a few times. I love networking, and Sharna doesn’t, so that’s a work in progress. We have also spoken about changes in your career, and if you decide to jump, making sure it is the right jump, and that you don’t just jump for the sake of it.

"Networking is definitely a topic that has come up with Sharna a few times. I love networking, and Sharna doesn’t, so that’s a work in progress."

It’s always best if the mentee takes the initiative. However, especially as you get to know each other, the mentee might not be fully comfortable in reaching out and sharing their worries or what’s on their mind. In those early days, they might need a bit more encouragement, and a bit more of a gentle approach – in particular, asking the right questions, mentoring is all about asking questions.

I think most of us will say we’ve benefited from mentoring, or by reflecting in some way with others in the industry, and I think we all owe it to the younger people in the industry to provide them with that type of development as well. A lot of focus is placed on technical skills, but our soft skills, our communication and leadership skills, are not always sufficiently addressed before we enter the workforce and start our careers.

Mentoring Sharna has been really enjoyable and very fulfilling, especially after thinking it wasn’t going to work, and then both of us making it work in the end.

I started my career in the environmental sector a little bit later.

I actually have a corporate finance background, and I went back to study at 27, with my interest being in the area of water and hydrology, and I’ve been in the environmental sector for about three years now.

I graduated in 2018, and I was working and studying full-time at the same time. I signed up for the AWA mentoring program because I didn’t know anyone in the industry, or have any of those sort of connections, and I obviously want to take my career further and get involved in some professional organisations.

Personally, it’s great to get out of my comfort zone. I don’t have a lot of confidence when it comes to shmoozing, getting out, going to events and meeting industry people – so the speed-mentoring event appealed to me. I thought it would be a quick few minutes to get to know someone, and then you move along.

Being paired up with a mentor allows for a one-on-one connection, and Luc and I have got to know each other on a personal level, too. Mentoring is different from other training and events in that I can say things to him, and we can also have a laugh, and it’s not a strict environment.

"Luc has given me a lot of advice and encouragement, and has helped me to navigate my career path including where I want to go and how I am going to get there."

Initially we talked via phone, then we met up and we clicked, and over the years we have stayed in touch. Luc has given me a lot of advice and encouragement, and has helped me to navigate my career path, including from where I want to go and how I am going to get there – and he also helps me in understanding how to deal with people and situations, giving me advice in that regard as well.

He’s encouraged me to put myself out there, such as with professional networking online, and he’s also encouraged me to go to more events, to meet people, to ask questions and to make those connections as well. He’s held a few events through his company and has invited me to go along, and that puts me out of my comfort zone, which is a good challenge as well.

Luc has always told me to have a try, that it doesn’t matter if I don’t think that I have all the knowledge, or if I’m not going to succeed – if I don’t try, then I’ll never know.

We still communicate, especially when something of interest pops up – if he sees something I like, and vice versa, then we’ll flick it on to each other. He’ll send me articles and events he thinks I might be interested in, and it goes both ways, he might also ask me for some advice about something. We do meet up for a coffee regularly as well. We both work around the city.

For me it’s helped a lot to get my foot in the door, to make the right connections and find out where I really wanted to take my career path. For someone who is quite shy and reserved, mentoring has definitely encouraged me and helped a lot in terms of my confidence, to get out there, go to events and mingle with other consultants and companies.

Any young professional entering into any industry should seek out a mentoring relationship. For young people being proactive and throwing themselves into things, work life is often completely different to anything they’ve experienced.

It is good to have someone there to help you through. It makes it less scary and it really helps. From my experience, the people who want to mentor are more than happy to help. Just go for it.

To get involved in the Australian Water Association’s mentoring program, contact your local branch. 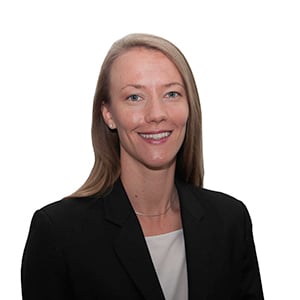