Sydney Water will have a new Chair from 1 October with the appointment of Australian businessman Grant King AM, who is set to replace outgoing Chair Bruce Morgan.

Minister for Water, Property and Housing, Melinda Pavey made the announcement this week, saying King will bring extensive experience and thought leadership to the position.

“Grant is a highly experienced Director and Chair and brings broad knowledge and experience from the utilities industry — most recently as the long-serving MD and CEO of Origin Energy and as the former president of the Business Council of Australia,” she said.

“He is recognised for his thought leadership on global environmental challenges including climate change, circular economy and future energy markets, which are key to the creation of thriving, liveable cities.”

A legacy of success

King said he is delighted to be starting in the new role this year and thanked his predecessor for the successful leadership of the utility over the past 10 years.

“Bruce has made a significant contribution to Sydney Water over the past decade and in that time helped to successfully steer the business and indeed Greater Sydney, through successive droughts, floods and more recently COVID,” King said.

“Sydney Water has a key role to play in the future development of Greater Sydney, particularly in terms of resilience and liveability.

“I’m delighted to carry on Bruce’s legacy and look forward to working with the board and the highly committed people of Sydney Water to create a better life for the citizens of Greater Sydney.”

King is also the chairman of the Climate Change Authority, HSBC Bank of Australia, CWP Renewables, GreenCollar, Areventa and Melanoma Institute of Australia, as well as a non-executive director of the Origin Foundation, Great Barrier Foundation, O’Connell Street Associates and a member of the University of New South Wales Foundation.

King is also a Professor of Energy Economics and is Chairman of the Energy Institute at UNSW. 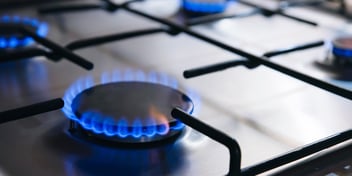 Matthew Schnelle
Since joining Sydney Water’s graduate program in 2016, Ronica Koey has established herself as someone with a passion for… Read Full Paper
Advertising