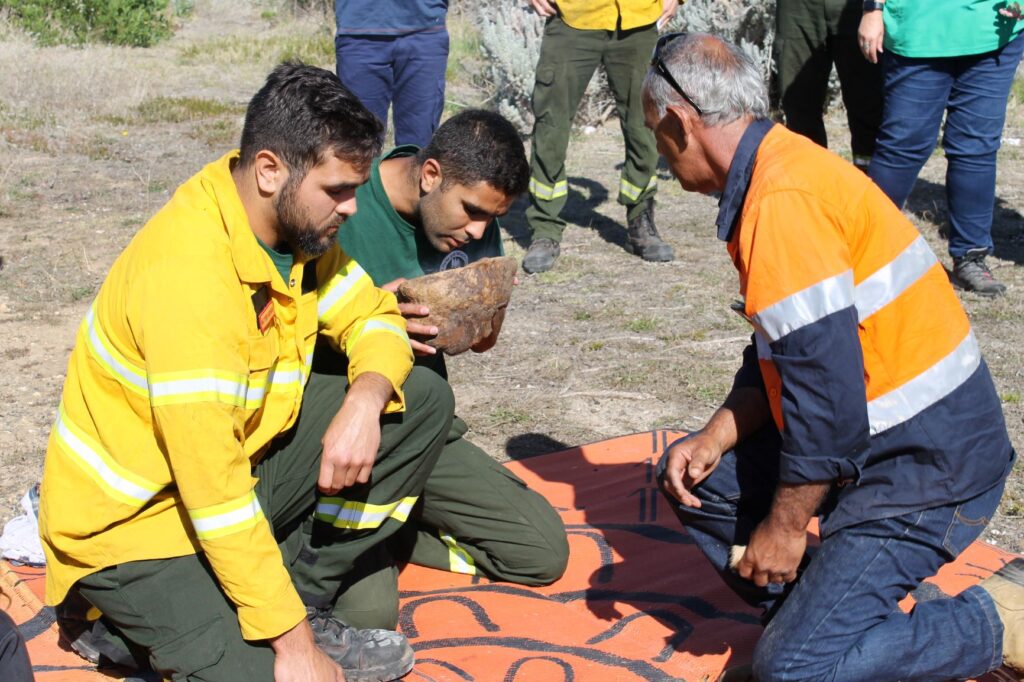 Involving a partnership between the Burrandies Aboriginal Corporation, the Department for Environment and Water, and the Limestone Coast Landscape Board, the initiative incorporated fire burning practices historically used by members of the Boandik community.

The burn was conducted to manage the invasive Lavatory Creeper vine within the Finger Point site, which includes a number of registered Aboriginal heritage sites. Boandik Country extends from Robe to the mouth of the Glenelg River in Victoria.

“We are committed to building relationships with the Aboriginal and Torres Strait Islander communities we work in, and through our collaboration with Burrandies, we developed a plan to involve Aboriginal cultural practices in the burn activity, as a way to capture their experience and knowledge for future generations,” Jackson said.

“The flame was then lit by Uncle Doug Nicholls using traditional fire stick methods, and after a smoking ceremony, was passed over to the region’s cultural rangers to safely commence the two-day prescribed burn at the Finger Point fireground,” she said.

“Lavatory Creeper is an invasive vine that has been tricky to manage in the past, and it’s important we prevent the weed from spreading further before it can impact both the native vegetation and cultural heritage in the area.” 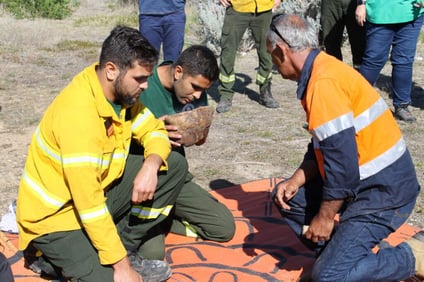 WIth assistance from Uncle Doug Nicholls (right) the flame was lit by Cultural Rangers Matt and Tim Hartman to commence the prescribed burn.

Jackson said the burn was an incredible event highlighting how First Nations people have used fire to care for Country for centuries, while achieving the objective of managing noxious weeds for the benefit of the local environment.

“Uncle Ken Jones said it was the first time in more than a hundred years the Boandik community has been involved in a local burn like this, and we are proud to have worked with them on this important environmental and cultural initiative,” she said.

“This prescribed burn was a great opportunity to initiate discussions and share important culture knowledge about traditional fire management practices that many may not be aware of,” Campbell said.

“We hope to continue partnering with SA Water in the spirit of reconciliation and working together in caring for Country.”

Cecilia Harris
Many small Tasmanian communities have received a water treatment make-over in recent years and the results have been award-winning. Read Full Paper
Advertising