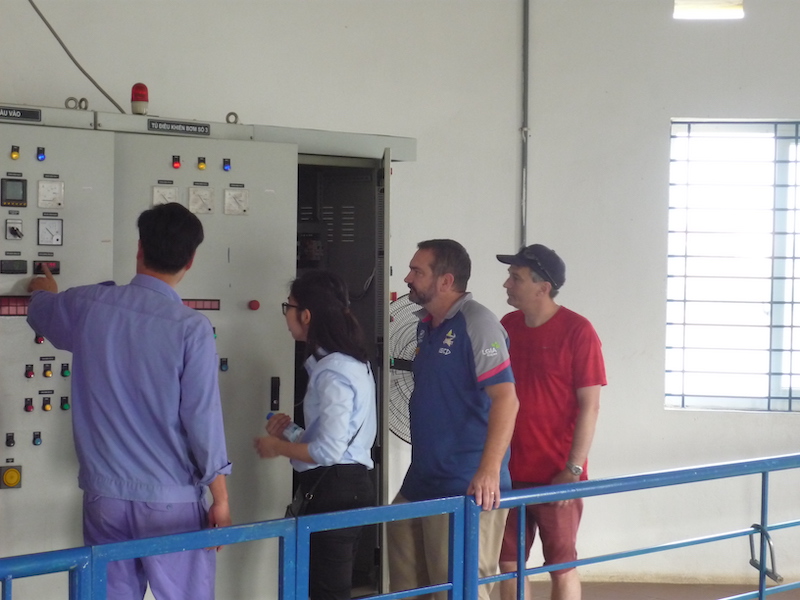 In November 2018, I joined a team of four others to embark on a week-long trip to Vietnam as part of an ongoing twinning program, which our company had the opportunity to engage in.

Expecting us at the other side of the eight-hour flight would be our twin, Phu Tho WSC, a water supply company in northern Vietnam that delivered drinking water at the tap to people in the region.

Upon my joining, our partnership had existed for more than two years and already matured to a point where both of the twins had established a core team, set out a list of areas of interests, and visited one another a few times to work on these topics.

Having exchanged information on the treatment plant before our departure, we had had the chance to get a glimpse of what our twin’s assets, processes and issues would look like, which I found to be immensely useful in helping us prepare for and make the most out of our limited time in Vietnam. 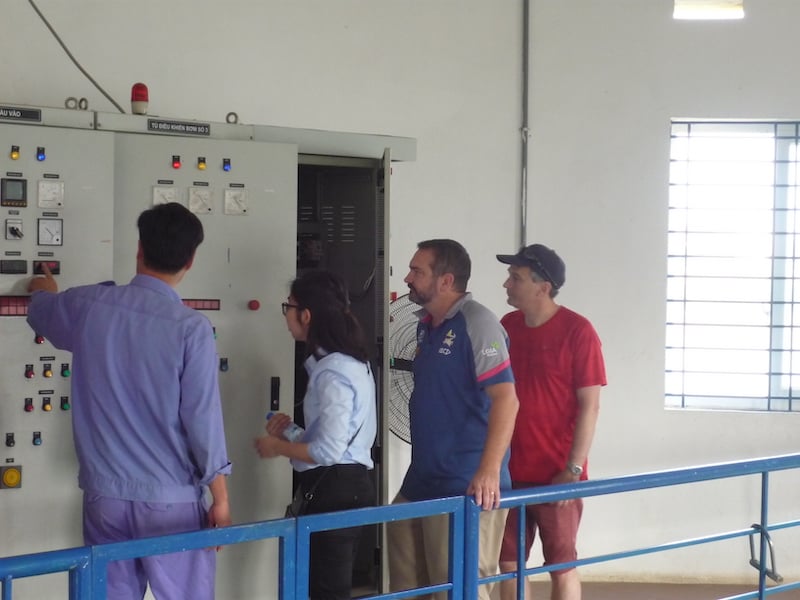 Participants in the twinning program

The in-country visit, however, proved to be a crucial reality check, as well as a wonderful opportunity to meet with the engineers, operators and laboratorians who ran the plants, as well as to understand their perspectives and concerns, which allowed us to offer advice that better suited their goals and could leverage upon their existing strengths.

The eagerness and motivation that the staff shared with us were inspiring. One of my favourite memories was of an installation of a turbidity meter and repair of another at their treatment plant. Our attempt to start doing this late in the afternoon was probably not the best idea, and while we did not get the chance to finish the wiring and securing the equipment that day, tinkering together without the help of a manual was exhilarating and bond-building.

As both twinning partners aimed to engage in discussions and solve common issues together during the in-country visits, we also kept in frequent contact during the remaining time and continued to follow up on previously targeted subjects and to exchange knowledge via email. I believe this was a key contributor to building our relationship over the five-year period of the program and in seeing our efforts realised.

If I could offer a take-away from this trip for a young water engineer like myself, it would be that opportunities to grow can present themselves in different ways. Being an interpreter on this trip, I discovered, was also an amazing opportunity to be exposed to and learn new concepts.

Not because I got to repeat everything twice through the translation process, where knowledge therefore sneaked its way in through osmosis, but being in the middle of the informal everyday chats and seeing discussions being developed also led me to understand how simply but thoughtfully relationships and trust were and needed to be built.

As the areas of discussions varied widely and often extended beyond engineering, it opened up a chance for me to take a snapshot of water policies and regulations both in Vietnam and Australia, see how the supervisory control and data acquisition system and treatment plant automation operated, and understand how water and wastewater services pricing was structured.

Seeing the professional trust and personal friendships gradually formed over the countless engineering exchanges and occasional dinner conversations had been incredibly heartwarming and gratifying. Having been born and grown up in Vietnam to the age of eighteen, northern Vietnam was a part of the country that I had not visited before, yet there I was, sitting over a table of home-cooked meals and witnessing stories and jokes that often got lost in translation bouncing back and forth between my colleagues, Vietnamese and Australian.

If I could end this on a more personal note, this trip has allowed me to connect with and see another part of my home country through a different lens, for which I am extremely thankful.