Culture shift: How the water sector is encouraging gender diversity

The water sector has made strides in correcting the long-standing imbalances of gender diversity. Chelsea Wallis asks what techniques have proven most successful.

Clare Porter remembers it as a challenge. In a conversation with her then-new boss, they were discussing roles and opportunities, when she enthusiastically announced that she was pregnant.

“He paused, pulled together all the notes of ideas and inspirations, folded them away into his bag, and said, ‘That’s very exciting for you’,” Porter recalled.

“I remember looking at his bag and literally feeling as if my career was over. I thought, that’s it, all this effort I’ve put into my career is compromised by my choice to have a family.”

Water industry leaders are adopting a large range of culture change initiatives, hoping to employ a more diverse workforce and encourage those employees, and women in particular, to stay in the industry.

Water industry leaders hope to encourage more women to stay in the industry.

Small results are already being felt; Workplace Gender Equality Agency figures show that since 2013, the proportion of women in management positions in the electricity, gas, water and waste services sector has grown from 19 to 22%. But much more remains to be done.

The Australian Water Association has taken a strong stance in supporting greater diversity across the Australian water sector with its own Channeling Change program.

While there are encouraging experiences to be shared, there is still much to change to embrace diversity and inclusion.

McKeown said it is the amount of conscious bias that still dominates the way many people think and act, holding them back from productivity and progress.

“This can be seen in outdated attitudes to management, leadership, stakeholder engagement, and even humour that is soaked in conscious bias,” he said.

The biggest impediment to culture change is acknowledging that we have a problem: invisible barriers to women entering and progressing in the sector.

City West Water General Manager of People and Capability Louise Meadows said when hiring, many often have unrealistic expectations of experience that only men qualify for.

“If you take a few years off to have a family, you’re automatically at a disadvantage for a job that asks for 25 years of experience in engineering,” she explained.

For City West Water, one of their initiatives is to focus less on the technical prerequisites and more on the leadership elements of the role. “Leadership is leadership,” Meadows said. “You don’t need 25 years’ technical experience to be an amazing leader.”

She said she has seen how changing the wording of job ads has made a difference.

For instance, “stakeholder management” attracts fewer female applicants than “relationship management”. They highlight benefits such as flexible work hours and actively ask existing female leaders in the company to share and promote the post on social media.

Once City West Water identifies candidates for a senior role, the list is subjected to its gender-balanced panel to ensure any gender bias is eliminated.

“If we don’t have a gender-balanced shortlist, we’ll go back until we’re satisfied we’ve got the best possible 50-50 shortlist to choose from.”

GHD Australian People Leader Catherine Drury-Fox said when there is a senior role in the pipeline, the executive group speaks to the leadership population to identify women they think well suited to the role.

“We’ve seen more women progress into leadership roles, and these women have often said they wouldn’t have applied had it not been for the call that encouraged them to.

“They might have looked at a job and thought because they only have six of the 10 attributes, they shouldn’t apply.”

The company initiated an education campaign to help employees understand that flexible could mean starting later, after dropping the kids off at school, or working longer hours in a four-day week.

This resulted in a larger uptake of both men and women opting to work flexible hours, as well as applying for parental leave and support.

“It was about helping line managers have those conversations and telling employees to actively propose how they can accomplish their job in a flexible way,” Drury-Fox said.

GHD is also trialling a work-placement program called Career Relaunch, recruiting men and women to re-enter the infrastructure sector after a career break. The fledgling program attracted more than 350 applicants in Perth, Sydney and Melbourne, and while it is open to both men and women, Drury-Fox said it has been particularly appealing to women.

Through the process GHD found women who have been out of the workplace may struggle with low confidence, which becomes a barrier to re-entering the job market. To counteract it, successful candidates are designated a mentor and attend sessions on re-engaging with the sector, building a network
and learning how to market themselves.

City West Water Manager of Project Delivery Kate Houlden has been working four days a week for the last three years, since her maternity leave.

“There has been a lot of maturity in the water industry, and I had the support to manage through the challenge of returning to the sector and still pursue the latest role part-time,” she said.

“The fact that I’m still able to have a career I’m proud of while also developing my family life, that is success.”

Meadows said retaining quality employees like Houlden at City West Water is the aim of its comprehensive diversity and inclusion strategy.

“Creating an inclusive workplace is harder because it requires everyone to recognise that we have these biases. But it makes you a better leader because you have to step up to show empathy and humanity,” she said.

“The diversity element is important, but people need to be able to show up to work as their whole selves – that is our goal.”

Tessele Director Dr Fabiana Tessele said the Australian approach to diversity is more holistic, centred on encouraging a better work/life balance for both partners. She draws from her experience at the Women of Water Workshop at Vietwater’17, which encouraged gender diversity from both Vietnamese and Australian perspectives.

Tessele said the Vietnamese industry encounters a different social environment where traditionally, women are supported by their families to pursue a career – making grandparents instrumental in enabling young women to remain in the workforce while also raising young children.

“However, the rapid urbanisation happening in Vietnam is reflective of changes on the social dynamics, and in the near future will impact the availability of extended family members support, perhaps resulting in the need for more flexible work arrangements,” she said.

Even though the Australian water market is actively searching to engage female professionals in more senior and influential roles, Tessele said both countries can learn from each other.

Water Source
A leading water researcher has been named one of Science and Technology Australia’s Superstars of STEM, a program designed to… Read Full Paper

Our industry is resilient, diverse and strong: Sandra Hall 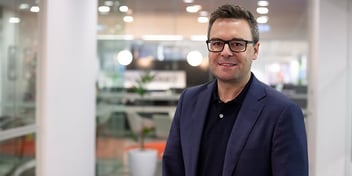